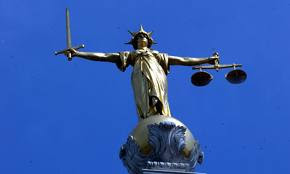 A group of legal ‘experts’ has claimed today that mandatory life sentences for murder in England and Wales and the system for setting minimum terms are unjust and outdated.

The Homicide Review Advisory Group, made up of judges, academics and former QCs, says the system does not allow for sentences to match individual crimes.

The mandatory life sentence replaced the death penalty in 1965. But in practice this means that people convicted of murder receive a mandatory minimum sentence of 15 years with judges using a starting point of 25 years, 30 years or life for more serious cases. Life almost always does not actually mean life.

Judges can increase or reduce sentences from these starting points on the basis of the facts of the case in order to make the punishment more appropriately fit the crime but 15 years remains the minimum.

Rules of sentencing are described in more detail on the Crown Prosecution Service (CPS) website.

Campaigners, including pro-euthanasia groups, have been pushing for the minimum sentence to come down from 15 years for what they see as less serious crimes such as mercy killing and this is primarily what this latest move is all about.

They are claiming the support of research last year which claims the public may support reforming the penalty for murder to make life imprisonment the maximum sentence rather than mandatory. They plan to publish a new report later this week.

However there is a huge amount of opposition to such a move amongst the constabulary, the public and the government itself.

Peter Neyroud, a former chief constable, has said that the public did not want killers treated with more leniency and a Ministry of Justice spokesman has said it had no plans to abolish the mandatory life sentence for murder adding that ‘The most serious crimes deserve the most serious sentences.’

In my view successive governments since 1965 have been right to resist any further watering down of sentences for murder.

The current mandatory ‘life’ sentence provides a powerful disincentive to the exploitation and abuse of vulnerable people.

Any relaxation of the law in cases of mercy killing would weaken legal protection for vulnerable people and would provide an extra incentive for those with an interest in their deaths to push the limits.

There is already a lot of leniency and flexibility built into the current system with discretion given to prosecutors about what charges to bring (murder, manslaughter, assisted suicide etc), to judges in instructing juries and deciding sentences, to juries in deciding what verdict to bring and through the appeal court system. There are also a wide range of defences and aggravating and mitigating circumstances that judges can take into account in deciding in any individual case.

It is right that justice is tempered with mercy in hard cases but justice must be upheld and be seen to be upheld if those most vulnerable are to be properly protected.

It was the motivation of mercy that led to the abolition of capital punishment for murder in 1965 in order to replace it with a much more lenient sentence of 15 years for the majority of cases. It was similarly mercy that has led to a system meaning for most that life does not actually mean life.

A minimum of 15 years may seem likes stiff penalty but it is necessary to deter would-be abusers. Upholding strong sentences for mercy killing will mean that vulnerable people – those who are disabled, dependent, elderly or frail – can sleep more easily in their beds knowing that whose who might have an interest in their deaths will think twice in weighing up any decision to end their lives.

Let’s resist any attempt to water the law down any more than it is already. Let’s not start chipping away at the 15 year minimum to establish a series of lesser degrees of murder for mercy killers and others. That would send all the wrong signals and simply provide more encouragement to would-be abusers. It would also further trivialise mercy killing in the public mind.

A fair and just society punishes the guilty, with mercy in hard cases, and protects the innocent. It does not excuse the guilty and remove protection from the vulnerable. When we start to see those who take others lives as victims – even when they act under duress or because they have been carrying a burden - we can find ourselves on a very slippery slope indeed.

Taking the life of another human being through murder is a very serious crime and it should carry a stiff penalty.