My reply to BMJ article on the Secular Medical Forum 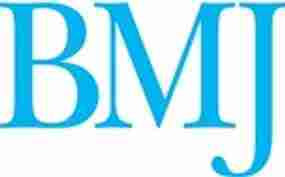 The 900 word one page article, titled ‘Secularism needs a distinctive medical voice’, which appeared in the BMJ’s ‘personal view’ column, claimed to be ‘not commissioned; not externally peer reviewed’.

It was, however, essentially an advertorial for the author Colin Brewer’s organisation.

I have critiqued the article on this blog, but also posted a rapid response on the BMJ website which I have reproduced here:

The Christian contribution to medicine is considerable

In his full page advertorial for the ‘Secular Medical Fellowship’, Colin Brewer gives an inaccurate and highly selective overview of the relationship between faith and medicine and neglects to mention that Christian doctors motivated by Jesus Christ’s teaching and example have been profoundly influential in shaping healthcare's history.

Christians remain active in all fields of medicine today but particularly in AIDS care and education, drug rehabilitation, child health, palliative care, relief of poverty and in service to the developing world. In a recent survey, to which over 1,000 members of Christian Medical Fellowship (CMF) responded, 230 respondents had served long term in 48 countries around the world, 74% with a mission or church organization, and 459 had made short term visits (<6 months) to 98 countries, most commonly to train and teach (1).

Although respecting the authority of the Bible, CMF’s 4,000 doctor and 1,000 medical student members are not ‘text worshippers’ but rather, like 2.3 billion other of the world’s inhabitants, worship God, the creator and sustainer of the universe, who we believe revealed himself in the historical person of Jesus Christ.

In his historical account of those events, Luke, probably the first ever Christian physician, tells us that Jesus sent his followers out 'to preach the kingdom of God and to heal the sick' (Luke 9:2). He is still sending them out today - to attend to the spiritual and physical needs of a suffering world.

BMJ readers who are interested in a more accurate and informative account of the Christian contribution to medicine are welcome to peruse the footnoted articles (2,3,4) on the CMF website, most of which were published in the Millennium edition of our journal Triple Helix (5).