The blessings of marriage 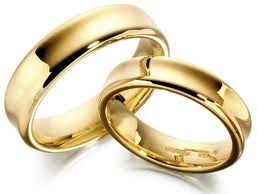 These are the (unsurprising) main conclusions of a new report (1) on the benefits of marriage from the Institute of American values.

Based on a survey of over 250 peer-reviewed journal articles on marriage and family life from around the world, a team of 18 leading American family scholars chaired by Professor Wilcox of the University of Virginia has drawn 30 conclusions about the positive benefits associated with marriage under five headings. Each of the conclusions is substantiated in the report and 20 pages of supporting references can be downloaded from Institute of American Values' website.

Amongst these conclusions are:

•Marriage, and a normative commitment to marriage, foster high-quality relationships between adults, as well as between parents and children.
•Children who live with their own two married parents enjoy better physical health, on average, than do children in other family forms.
•Marriage is associated with reduced rates of alcohol and substance abuse for both adults and teens.
•Marriage is associated with better health and lower rates of injury, illness, and disability for both men and women.
•Children whose parents divorce have higher rates of psychological distress and mental illness.
•Married women appear to have a lower risk of experiencing domestic violence than do cohabiting or dating women.

The findings of the landmark 2006 report 'Breakdown Britain' (2) were similar. Based on an extensive evidence-based analysis by the Centre for Social Justice (3) it found that the breakdown of marriage and the family was the key driver of Britain's collapse. The percentage of children born outside marriage went from 8% in 1970 to 41% in 2003 to 46% in 2009 (4); lone parent families have increased by 40,000 per year since 1980.

Many of the mental and physical health problems that daily fill our GP surgeries, hospital wards and outpatient departments are symptoms of this. The main drivers, the five 'pathways to poverty', are all correlated with the collapse of marriage: family breakdown, educational failure, economic dependence, indebtedness, and addiction.

Furthermore the five 'pathways' are all interrelated. Children from a broken home are twice as likely to have behavioural problems, perform worse at school, become sexually active at a younger age, suffer depression, and turn to drugs, smoking and heavy drinking. A parent who has a serious drug problem or is addicted to alcohol can exhibit destructive behaviour patterns which can destroy the quality of life for the other parent and for children, leading in turn to family breakdown.

Solutions must be multi-layered. We need sound legislation to strengthen and protect the vulnerable, a welfare system that helps those in genuine need and encourages independence, active corporate philanthropy and flourishing voluntary organisations. All levels of society including government, the corporate and charitable sectors, communities, and families have a role to play in reversing the decline. But government, charities and business are increasing failing to deliver in Britain's increasingly indebted and fragmented society.

That is because the breakdown of Britain and its five 'drivers' are themselves symptoms of a more general spiritual malaise – a loss of Christian faith and values leading to a breakdown of marriage and family. The church has a huge role to play; not just in what it does directly to support families in the community, but through the actions of individual Christians in positions of influence in health, education, local councils and government.

But more than this the church has at this time an amazing opportunity to model marriage and family to a society where alternative models have failed.

Marriage is a virtually universal human institution because it was originally God's idea. It was God who first said that it was not good for man to be alone and who created the unique complementarity of the marriage relationship for companionship, pleasure, procreation and the raising of children – one man, one woman, united for life (5) – illustrative of Christ's own self-giving abandonment to his bride the church (6) and pointing to a greater richness of human relationships beyond the grave of which the very best on earth are but a pale shadow. (7)

Let's celebrate, demonstrate, promote and protect marriage as the vehicle of blessing that it is for husbands, wives, children, parents, extended family, community and ultimately the world.

(My editorial from Triple Helix winter 2011 out this week)
Posted by Peter Saunders at 06:57