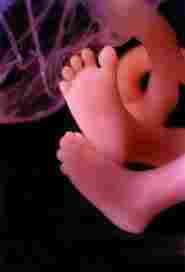 In this blog I explain why I believe 98% of abortions in Britain are now illegal and why doctors who authorise or perform them are committing a criminal offence. This is a long post so if you would like to read my conclusions first then skip to the summary at the end.

Yesterday I took part in a debate on Radio Four’s ‘Today programme’ with Professor Tim Kendall, one of the authors of a new report on induced abortion and mental health, which was published this week by the Academy of Medical Royal Colleges (AMRC).

The rather grandiose full title of the report is ‘INDUCED ABORTION AND MENTAL HEALTH: A systematic review of the mental health outcomes of induced abortion, including their prevalence and associated factors'.

I have reviewed the report both on this blog and in more detail on the CMF website. The overall conclusion (that abortion poses no greater risk to mental health than childbirth for those with unwanted pregnancies) we feel was more strongly stated than the relatively weak evidence base justified.

But my concern here is to unpack my claim on the programme, also reported on the BBC website, that 98% of all abortions in Britain are now technically illegal and what that means for doctors.

Professor Kendall confirmed on the programme, in answer to a question from presenter John Humphrys, that childbirth does not constitute a greater risk to mental health than abortion, and that therefore abortion does not improve mental health outcomes for women with unplanned pregnancies.

I then pointed out that 98% of the 200,000 abortions carried out each year in Britain are being carried out specifically on grounds of protecting women’s mental health. This brought a gasp from Humphrys and an initial denial from Professor Kendall. He then, after being pressed by Humphrys, claimed falsely that the figure was only 95% (it is actually 98% - see below).

I insisted that the figure was 98% and then argued that doctors who authorise abortions in order to protect a woman’s mental health are doing it on the basis of a false belief not supported by the medical evidence.

The opening sentence of the executive summary of the AMRC report actually misrepresents the law and perhaps explains the Professor's apparent confusion. It says that ‘the majority of abortions carried out in the UK are done so on the grounds that continuing with the pregnancy would risk physical or psychological harm to the woman or child’.

This is not strictly true (and I wonder actually if the meaning has been deliberately distorted in the report).

The physical and mental health indications in section C are also separately recorded.

So how many abortions are done under each of these clauses? For the answer to this question we need to consult the 2010 Annual Abortion Statistics on the Department of Health website.

2.8 In 2010, the vast majority (98%; 185,291) of abortions were undertaken under ground C and a further 1% under ground D (1,635). A similar proportion were carried out under ground E (1%; 2,290). Grounds A and B together accounted for less than a quarter of one per cent of abortions (358). The proportion of ground C abortions has risen steadily, with a corresponding reduction in ground D cases. (See Table 3a.ii.) The vast majority (99.96%) of ground C only terminations were reported as being performed because of a risk to the woman’s mental health. Abortions are rarely performed under grounds F or G.

And yet this week’s review tells us that there is no evidence that the continuance of a pregnancy ever involves risk to the mental health of the mother that is ‘greater than if the pregnancy were terminated’.

This raises an interesting question. Are those doctors who authorise abortions on these mental health grounds aware of these facts or not? In other words, when they sign these forms, are they just ignorant of the facts or are they being deliberately disingenuous?

Let’s give them the benefit of the doubt and assume that up until this point every doctor in Britain signing an abortion authorisation form did so ‘in good faith’, genuinely believing that normal pregnancy and childbirth constituted a greater risk to mental health than abortion.

Now, however they will not be able to do so ‘in good faith’ because the true facts are known and have been made public in a major report endorsed by the AMRC and the Department of Health.

If they continue to authorise abortions on mental health grounds from now on they will then be knowingly making false statements on legal documents when previously (giving them the full benefit of any doubt) they were doing so unknowingly.

Is this serious? Well yes because abortions which are carried out outside the bounds of the Abortion Act 1967 are still illegal, as section 5(2) of the Act makes very clear:

‘For the purposes of the law relating to abortion, anything done with intent to procure a woman’s miscarriage (or, in the case of a woman carrying more than one foetus, her miscarriage of any foetus) is unlawfully done unless authorised by section 1 of this Act’

Section 6 of the Abortion Act states that:

Many people do not understand that abortion is still a crime in Britain if the exemptions in the Abortion Act do not apply, and as I have argued above they do not currently apply in 98% of cases.

59 Procuring drugs, &c. to cause abortion.
Whosoever shall unlawfully supply or procure any poison or other noxious thing, or any instrument or thing whatsoever, knowing that the same is intended to be unlawfully used or employed with intent to procure the miscarriage of any woman, whether she be or be not with child, shall be guilty of a misdemeanor, and being convicted thereof shall be liable . . .to be kept in penal servitude . . ..

In other words anyone convicted of carrying out an illegal abortion could face life imprisonment.

But what about those doctors who knowingly make false statements on abortion authorisation forms? For that we need to turn to the Perjury Act 1911 Section 5 which reads as follows:

In other words, making false statements on an abortion authorisation certificate is a form of perjury.

So where does this leave doctors? Let me sum it up:

1.There is no evidence that continuing with an unwanted pregnancy poses any greater risk to a pregnant woman’s mental health than an abortion does and yet 98% of abortions are authorised on these grounds

2.The doctors who are authorising these abortions are not therefore doing so ‘in good faith’

3.These abortions are therefore unlawful under the Abortion Act 1967 and Offences Against the Person Act 1861 and those doctors who are carrying them out are committing a criminal offence

4.Those doctors who are authorising them are knowingly and wilfully making false statements on legal documents and are thereby committing an offence under the Perjury Act 1911

5.These offences under the Abortion Act and Perjury Act both carry custodial sentences
Posted by Peter Saunders at 15:31