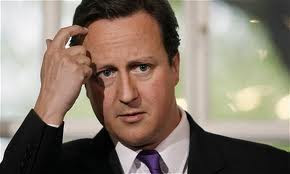 David Cameron’s comments last Friday about Christian values have generated a huge amount of media coverage but what did he actually say?

Those who rely solely on the BBC, or media reports based on press releases from AFP or UKPA will miss much of his message.

The full speech, which was given to mark the end of the 400th anniversary year for the King James Bible, is available on the Downing Street website and a highlighted version (for those with less time) has been posted by Cranmer on his blog.

The Prime Minister confessed to being only a ‘vaguely practising Church of England Christian’ who was ‘full of doubts and, like many, constantly grappling with the difficult questions when it comes to some of the big theological issues’.

His stated aim in the speech was to present his personal conviction that ‘The King James Bible is as relevant today as at any point in its 400 year history’ and that ‘none of us should be frightened of recognising this’.

He gave three reasons for this conviction:

First, the King James Bible has bequeathed a body of language that permeates every aspect of our culture and heritage… from everyday phrases to our greatest works of literature, music and art. We live and breathe the language of the King James Bible, sometimes without even realising it.

Second, just as our language and culture is steeped in the Bible, so too is our politics. From human rights and equality to our constitutional monarchy and parliamentary democracy… from the role of the church in the first forms of welfare provision, to the many modern day faith-led social action projects…

Third, we are a Christian country. And we should not be afraid to say so… and the Bible has helped to give Britain a set of values and morals which make Britain what it is today.

He then set out to elaborate on these three points.

In support of the first he gave a long list of ways in which the Bible had influenced literature, music and art – in which Shakespeare, Tennyson, Bach, Handel and Michelangelo were amongst the highlights.

Expounding the second he argued that the Judeo-Christian roots of the Bible provided ‘the foundations for protest and for the evolution of our freedom and democracy’, placed the 'first limits on Royal Power’ and that ‘the knowledge that God created man in his own image was… a game changer for the cause of human dignity and equality’.

But it was the third section on Christian values that was probably the most interesting. Here Cameron argued that ‘the Bible has helped to shape the values which define our country’. He quoted Margaret Thatcher who once said, ‘we are a nation whose ideals are founded on the Bible’ and then gave a list of Christian values including ‘responsibility, hard work, charity, compassion, humility, self-sacrifice, love…pride in working for the common good and honouring the social obligations we have to one another, to our families and our communities…’

This provided the framework for an analysis of the cause of problems as diverse as the financial crash, the London riots and the expenses scandal which he claimed were evidence of the ‘absence of any real accountability, or moral code’. He concluded that ‘one thing is clear: moral neutrality or passive tolerance just isn’t going to cut it anymore’.

The Prime Minister was later critical (with some justification) of the Archbishop of Canterbury’s selective defence of (some) Christian values and warned that the Church of England must keep to an ‘agenda that speaks to the whole country’.

But what interested me most about the speech was what Cameron didn’t say – the Christian values that he himself left out.

Four key omissions stood out to me.

First there was no mention of the importance of respecting the right of Christians to live according to Christian conscience. This was particularly ironic coming a few days after the government had been heavily criticized by former Archbishop of Canterbury George Carey over its decision not to back four British Christians who have taken their cases to the European Court of Human Rights.

Second, there was no mention of the sanctity of life, consistent with Cameron’s poor voting record on abortion and his caving in under Liberal Democrat pressure at the time of the vote on independent counseling for those with unplanned pregnancies.

Third, there was no mention of sexual purity or the biblical model for marriage as ‘one man, one woman, for life’. This also would have been impossible given Cameron’s own backing for same-sex marriage and his general posturing over homosexuality.

And finally and most crucially, there was no reference to the foundation on which all Christian values are based, Jesus Christ’s divinity, incarnation, death and resurrection, the need for repentance and faith and his imminent return in judgement.

‘Mr Cameron's remarks about Christian values fail to get to the heart of the contemporary moral malaise. Look, Christian values flow from Christianity. Without those beliefs in the God who became man, and who died for sinners and rose from the dead, and forgave sins, the moral values don't count for much. It's because of who and what Christ was that we take to heart what he said about loving our enemies, turning the other cheek. Values aren't something free-floating; they come from what we believe. So when Mr Cameron says we should return to Christian values, he misses the point. What we need – with all respect to other faiths – is a return to Christianity.’

The Prime Minister has been bold in defending the King James Bible as a powerful cultural, political and moral influence but he appears to have shrunk back from proclaiming Christian truth precisely at those points where it is currently under attack – in part from his own government.

I am reminded of Martin Luther’s words:

‘It is to confess we are called, not merely to profess. If I profess, with the loudest voice and the clearest exposition, every portion of the truth of God except precisely that little point which the world and the devil are at that moment attacking, I am not confessing Christ, however boldly I may be professing Christianity. Where the battle rages the loyalty of the soldier is proved; and to be steady on all the battle-field besides is mere flight and disgrace to him if he flinches at that one point.’

The Prime Minister has certainly ‘professed’ Christianity. But his flinching at these most crucial points makes it, by Luther’s reckoning, not a true confession of Christ but rather ‘mere flight and disgrace’.

NB. Since writing this blog I have come across an article by Carl Wieland who argues that the Luther quote above has been misattributed and is based on another source. It's well worth a read. He says that Luther did not use the battle analogy but did say that if people were publicly open about every other aspect of their Christian faith, but chose not to admit their belief on some single point of doctrine (for fear of what might happen to them if their conviction on that one point became known) they were effectively denying Christ, period.
Posted by Peter Saunders at 14:29