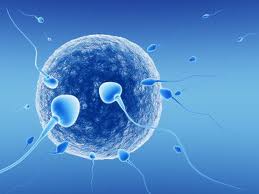 The Telegraph this morning reports that more gay couples and women over the age of 40 are to be given fertility treatment on the NHS, despite claims that the health service cannot afford it (See BBC report here)

According to the Telegraph, under an expansion of NHS-funded fertility treatment, the National Institute for Health and Clinical Excellence (NICE) will recommend that lesbian couples be offered six cycles of artificial insemination and, if that fails, IVF.

There were just over 1,000 cycles of insemination performed for women in same-sex relationships in 2010, resulting in 152 babies. The number of cycles of IVF for this group rose from under 100 in 2009 to 561 in 2010, resulting in 215 babies. Most of these couples however paid for treatment privately, where a cycle of IVF can cost them £8,000.

Given that the NHS is having to find £20 billion of efficiency savings over four years because flat-rate budget increases are not enough to cope with increasing demand, this means that local clinical commissioning groups, which make the final decision on fertility provision in hospitals, will be unable to afford the extra treatment without making drastic cuts to other services.

Does it strike you as odd that in a time of economic recession NICE is recommending that our tax money through the National Health Service, pays for a lesbian woman, who is suffering from no illness, is not infertile and wants to become pregnant but does not wish to have sex with a man, to have artificial insemination or IVF?

This latest move has, perhaps understandably, generated a lot of controversy, but in fact is the next logical step following from presuppositions that we have already accepted as a society.

Having turned our backs on the Judeo-Christian worldview and ethical framework, decisions in healthcare are increasingly now taking place in an ethical vacuum where the principle drivers are autonomy, technology, commerce and relativism.

Autonomy says ‘we want it’. Technology says ‘we can do it’. Commerce says ‘there are purchasers and providers’ and relativism says ‘why not?’

First there was the assumption that human embryos are not human beings and so can be used as a means to an end – meaning that they can be experimented upon, frozen or destroyed.

Second was the belief that gametes (egg and sperm) need not be used only within the marriage bond but can be bought, sold, shared with and given to others.

If we combine these ethical starting points with the beliefs that marriage, gender and reproduction are simply arbitrary social constructs which can be reshaped and redefined by social consensus then human demand, economics and technology become the only limitations on what can be done in human reproduction.

Equality law will then ensure that everyone who wants a given technology, regardless of marital status, gender or even degree of infertility, must be treated equally.

And if lesbian women, who are fertile, choose to use donated eggs and IVF, then what is to stop single and married women, who wish to avoid either sex or pregnancy from dong the same? And if married couples can have a certain ‘treatment’ funded by the taxpayer, isn’t it discriminatory to bar others, whether gay or straight?

As technology develops further, and egg and sperm can be artificially manufactured from ordinary body cells, it will be possible for lesbian couples to generate their own sperm and eggs and produce babies that are genetically related to their parents. And gay couples will be able to do the same with the help of a surrogate, or perhaps even transplanted, uterus. We should expect these extensions of practice now and not be surprised when they occur.

If these things alarm us, then rather than simply reacting to the latest developments we should be going back to examine the set of presuppositions that brought us to this point and examining those.

In this connection I have previously put forward a Christian framework for infertility treatment which I believe respects both the sanctity of human life and the integrity of the marriage bond.

But the other real questions we should be asking are about the real drivers of this new technology.

Why are levels of infertility increasing so dramatically and why there are so few babies available to adopt? It's not rocket science.