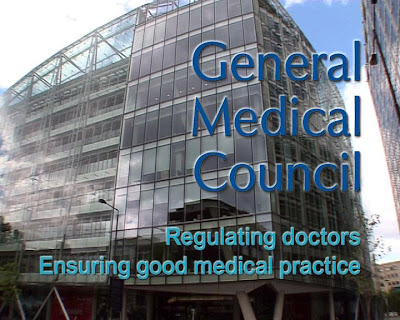 Almost a year after its consultation closed, the UK General Medical Council issued on 31 January its guidance about what doctors can and cannot do with patients who consult them about assistance with suicide.

Contrary to the spin suggested by Dignity in Dying (the former Voluntary Euthanasia Society) and its satellite, Healthcare Professionals for Assisted Dying, the only clarification which could remotely be seen as a concession is that doctors who respond to a valid request and solely hand over the medical records required by Dignitas for confirmation of diagnosis are unlikely to face sanction by the GMC.

Otherwise, the 6-page guidance for the GMC’s pre-hearing investigators ‘considering allegations about a doctor’s involvement in encouraging or assisting suicide’ upholds the law as it stands and sends no signals at all to suggest the profession endorses assistance with suicide. Although of course the GMC recognises its neutral role and states ‘Nothing… should…be taken to imply that the GMC supports or opposes a change in…law’, the guidance helpfully underlines the law and the profession’s position.

Action concerning a doctor’s fitness to practise is certain when:

•a doctor has been convicted of encouraging or assisting suicide

•a doctor has accepted a caution and/or has been the subject of an adverse determination by another regulatory body for encouraging or assisting suicide
•the doctor’s encouragement or assistance depended upon the use of privileges conferred by a licence to practise medicine (such as prescribing) or took place in the context of a doctor-patient relationship
•the doctor knew, or should reasonably have known, that their actions would encourage or assist suicide
•the doctor acted with intent to encourage or assist suicide

Also likely to lead to action are:

•encouraging a person to commit suicide, for example by suggesting it (whether prompted or unprompted) as a ‘treatment’ option in dealing with the person’s disease or condition
•providing practical assistance, for example by helping a person who wishes to commit suicide to travel to the place where they will be assisted to do so
•writing reports knowing, or having reasonable suspicion, that the reports will be used to enable the person to obtain encouragement or assistance in committing suicide
•providing information or advice about other sources of information about assisted suicide
•providing information or advice about methods of committing suicide, and what each method involves from a medical perspective

Guidance follows about ‘realistic prospects’ for proof, and the only ‘Allegations that will not normally give rise to a question of impaired fitness to practise’ because of their lawfulness or their distance from the encouragement or assistance include:

Wisely, the GMC has also released shorter 2-page guidance aimed at patients and those close to them, which summarises the principles and the legal limits detailed for doctors.

Clarifying that ‘respect for a patient’s autonomy cannot justify illegal action’, doctors should ‘limit any advice or information about suicide to an explanation that it is a criminal offence to encourage or assist a person to commit or attempt suicide’.

The position of doctors is now clear to all and does not need changing.

The BMA has welcomed the guidance and the Medical Defence Union (MDU) has not revised its previous warning that doctors who provide medical reports for patients seeking assisted suicide abroad could be prosecuted.
Posted by Peter Saunders at 05:26