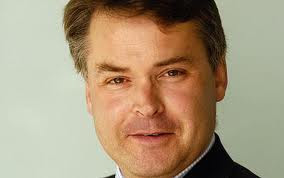 Tim Loughton (pictured) has been the Conservative MP for East Worthing and Shoreham since the 1997 general election. He was the Parliamentary Under-Secretary of State for Children and Families from 2010-2012.

His letter to constituents about why he voted against the redefinition of marriage speaks for itself.

Thank you for writing to me about the Marriage (Same Sex) Bill which you will have seen was debated in Parliament yesterday. Given your interest from whichever side of the argument I thought you would like to have a link to the Hansard record where you can read a full account of the debate which was very well attended and good natured. Given the number of speakers in a time limited debate contributions were limited to just 4 minutes so my own comments were very limited and I thought I would elaborate a little more on my reasons for opposing the Bill.

I am particularly grateful that the many hundreds of letters, emails and calls I received about the legislation were measured, well intentioned and personally written reflecting constituent’s deeply held views on this contentious issue, rather than the usual lobby group mass circular campaign. Such an approach always has much more influence on me and all MPs. In my comments in the Commons I concentrated on urging all sides to have respect for the views of others however much they may disagree with the opposing view. This is particularly important on a free vote issue not subject to Party policy and obviously not party manifesto commitments at the last election. Each MP needs to vote according to his or her conscience, be transparent in the reasons for that and obviously accountable to constituents.

As they say ‘you can never please all of the people all of the time’ and with over 90,000 constituents to serve voting one way will always disappoint many others urging me to do differently. In the vast majority of cases constituents can respect this impossible position as long as I make myself accountable which I always seek to do. Some I am afraid were quick to despatch emails accusing me of being bigoted, homophobic or closed minded for having voted against ironically revealing their own intolerance on an issue which is all about tolerance and equality of argument. I am afraid abuse from a minority only serves to convince me that I am doing the right thing.

I have set out previously why the measure to redefine marriage to include same sex couples did not sit comfortably with my own long and strongly held beliefs about the nature of marriage. Yesterday I concentrated on almost exclusively secular arguments for why I think this Bill is bad legislation, under 3 main headings: process, the legitimacy of trying to redefine marriage and what next?

As with many other MPs I was very uncomfortable in this Bill coming before Parliament when it did not appear in any Party’s manifesto at the last election; it has not been the subject of any Green paper or White Paper consultation and was not in the Coalition Agreement of May 2010. What is the urgency and legitimacy for rushing the legislation through now when there are many other things which were in our manifesto which are yet to be achieved.

I voted enthusiastically in 2004 for the introduction of Civil Partnerships which gave same sex couples full equivalent rights and entitlements in the eyes of the law and society as for heterosexual couples. I believe that was absolutely the right thing to do and has worked well, it was an end in itself. Yet 9 years on what has happened to make it a priority that we now need the traditional form of marriage to be available to everyone? I do not believe that question has been answered. The Equality lobby groups had not been pressing for it and constituents have not been writing to me about it before it was made a live issue last year. I know many constituents would feel greatly aggrieved if the Government brought forward other completely contentious and new measures of which there was no warning before the last election.

I view Civil Partnerships as no less valued or unequal to marriage. Indeed former Labour Cabinet Minister and equality campaigner Ben Bradshaw said quite clearly that ‘This isn’t a priority for the gay community which already won equal rights. We’ve never needed the word marriage. I agree, which is why it is all the more important that we do not treat such a fundamental issue as the definition of marriage in such a scant and complacent way. For centuries marriage has been recognised as the cornerstone of family life as the union of one man with one woman, subject to being above the age of consent, willing, available and not closely related. That is a benchmark which has been clearly understood across a whole range of faiths and cultures and across political boundaries, even before states and religions existed.

Whether you have faith yourself or not we all have a duty to respect and tolerate the beliefs of those who do, and for many of faith redefining marriage in this way is a significant hurdle for them to cross. So my challenge which again has not been answered is on what basis does this Government or this country believe it can change the nature of an institution which has been constant for ages across all boundaries, state and cultural?

Thirdly there are very serious concerns under the ‘What Next’ category. In the future will marriage be redefined further, and to what, and indeed what will the whole point of marriage become when as this bill does we render gender meaningless for the purposes of a marriage? This contrasts with it currently being the central social institution which expresses the idea that men and women are equally valuable as men and women.

As I have said, I do not regard my church marriage as superior to another man’s civil partnership, it is just different. In any case we do not think of people as religiously married or civilly married, they are just married. But the debate about same sex marriage is a debate about using the law to change the meaning of the social institution of marriage, and that affects everyone. When you politicise a fundamentally social institution as is now being proposed you change marriage for all. It is not about just giving a one way entitlement to same sex couples.

For people who cannot accept such a change because it conflicts with their faith or conscience then will they be penalised under the law just as we have seen cases in the European Court where registrars, relationship counsellors and housing officers have lost their jobs because they could not endorse civil partnerships. Already a poll has indicated that up to 40,000 teachers would decline teaching about same sex marriage. NHS and army chaplains and many other public service workers might also see their positions compromised let alone ministers in other religions who we are promised will not be forced to be involved in same sex marriages.

Importantly the senior law officers in Parliament have so far been unable to give definitive answers about some of the likely knock on effects and just how securely the Government’s proposed ‘quadruple lock mechanism’ will stand up in the courts. It was telling in the main vote after the debate on the Bill that the Attorney General deliberately abstained and the Solicitor General voted against the legislation.

There are many other potential flaws in the legislation and its workability which will now come under closer scrutiny as the Bill proceeds into Committee stages where I am likely to be a member, before it passes on to the lords where there is likely to be much fierce debate.

My bottom line is that I do not recognise that this Bill is an equality measure. It imparts no additional rights or entitlements on same sex couples than had not already quite rightly been achieved through civil partnerships. If it were otherwise I would be at the front of the queue to right such an injustice.

Where I do think the problem lies is that in some parts of our society gay people are still not properly accepted, respected and in some cases discriminated against. That is not acceptable and that is the challenge that we have to address once and for all if we are to achieve a society fit for the 21st century in which all can live comfortably, securely and equally. That is a challenge and duty for all of us and the Government needs to continue to take the lead on this. However, promoting legislation which is about changing a word and the nature of a ceremony will not achieve this in my view and that is why I opposed this legislation.

I hope this is helpful and as usual I welcome your further interest.