Libel on twitter: the legal boundaries are clear and should be respected 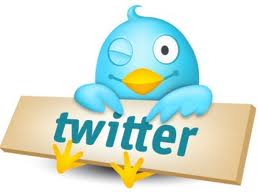 Christians who express their beliefs on twitter come in for a lot of flak (See here and here).

Some of this is simply light-hearted ribbing and some frankly abusive.

I have been called all manner of things on line and do not mind being insulted. People are perfectly entitled to express their heartfelt opinions.

However, an internet pseudonym grants a cloak of anonymity which removes some tweeters’ inhibitions to such an extent that they say things they would never contemplate saying in open court.

There are of course limits to free speech, lines which even in a free society should not be crossed.

Libel and threats for example are illegal and a total of 653 people faced criminal charges in England and Wales last year in connection with comments on Twitter or Facebook.

These divided into offences committed on the two sites, such as posting abusive messages, and those which had been provoked by messages, including violent attacks.

I personally draw the line at being misrepresented.

Recently, for the first time, I asked a Dr David Jones ( @welsh_gas_doc ) to retract a potentially damaging false statement he made about me. He eventually did, but only after it had been retweeted by 52 people to tens of thousands of twitter users.

I have since learnt that his tweets previously came to the attention of the national media (see here and here) after a medical colleague posted a complaint.

Whether he has learnt his lesson remains to be seen but a tweet he sent me a couple of days ago about Cardinal O’Brien (see below) raises serious questions. Dr Jones seems not to be aware of the principle ‘innocent until proven guilty’ and may well have crossed a legal line here.

‘Idiot Immolater’ (I am assuming she is female), who goes under the twitter name @msgrumpy, describes herself as an atheist who is opinionated, passionate and loves an argument. Amongst other things she dislikes organised religion and evangelicals. 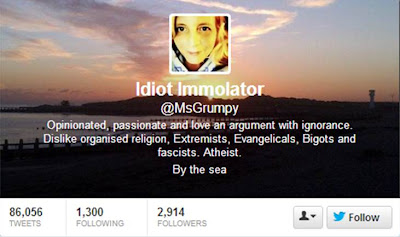 Ms Grumpy is a prolific ‘tweeter’ who has posted over 86,000 times and spends much of her time attacking Christians.

Last night she sent me a series of tweets, some merely insulting but several making quite extraordinary and frankly risible personal allegations.

First she accused me driving a Mercedes financed by my employer.

Then she claimed I was being financed by my church to stay in five star hotels.

She followed this up by saying that I was a closet homosexual who was paid to support my ‘penchant for the lady boys’. 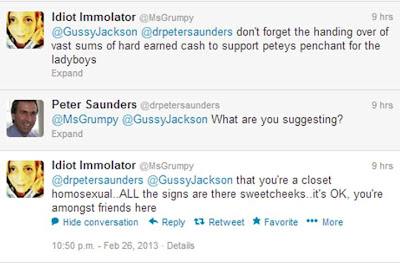 Others then joined in. 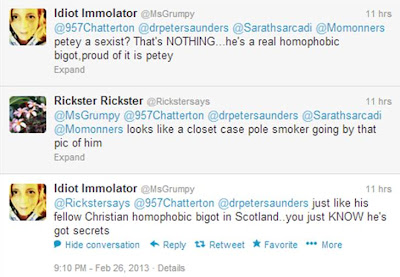 It is Ms Grumpy's comments that have led me to post this blog to draw attention to the legal boundaries, especially with respect to libel.

According to a recent ComRes poll 46% of 18- to 24-year-olds and 17% of over-65s are unaware they can be sued for defamation if they tweet an unsubstantiated rumour about someone.

The BBC has recently published a useful article titled ‘Twitter users: A guide to the law’ which outlines the categories of law on which social media users in England and Wales are coming unstuck.

The libel law has been recently highlighted by the case of Lord McAlpine and Commons speaker’s wife Sally Bercow.

The law concerning Twitter is clear - if you make a defamatory allegation about someone you can be sued for libel. It is the same as publishing a false and damaging report in a newspaper.

But until the McAlpine case, no one had seriously attempted to exercise that right in the UK.

Lord McAlpine has dropped threatened legal action against Twitter users with fewer than 500 followers and instructed his lawyers to concentrate their efforts on seeking £50,000 in damages from Mrs Bercow, the wife of Commons speaker Bercow, in what is expected to be the first High Court Twitter libel trial.

At the height of the Twitter frenzy, Mrs Bercow tweeted to her 56,000 followers: ‘Why is Lord McAlpine trending? *innocent face*’

A tweet is potentially libellous in England and Wales if it damages someone's reputation ‘in the estimation of right thinking members of society’. It can do this by exposing them to ‘hatred, ridicule or contempt’. It is a civil offence so you won't be jailed but you could end up with a large damages bill. The rules also apply to re-tweets.

The best defence is if you can prove the contents of the tweet are true.

The only way to be completely safe is to avoid tweeting gossip unless you know for a fact that it is true.

Under the Defamation Bill, due to become law later this year, litigants in England and Wales will have to show that the words they are complaining about caused ‘substantial harm’ rather than simply ‘harm’ to their reputations.

Website operators may also be forced to remove potentially libellous comments by anonymous ‘trolls’ or hand over their names and addresses to the authorities. Scotland is expected to adopt its own version of the changes.

Twitter is a useful forum which is a great information source and also allows people who might not otherwise meet to exchange views on important issues.

But there are boundaries in free speech that should not be crossed.
Posted by Peter Saunders at 14:46