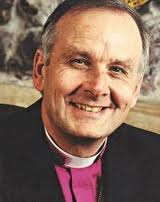 The Archbishop of Wales has been accused of being ‘unChristian’ for daring to criticise the Welsh government’s intention to bring in presumed consent for organ donation.

The Welsh Government has repeatedly stated it wants to bring in legislation to introduce a so-called ‘soft opt-out’ system in which patients are presumed to consent to their organs being donated unless they decide to be taken off the register, and where close relatives would still have a final say. Recently it said in a statement that it intends publishing a White Paper outlining a system of soft presumed consent in late October or early November; further consultation will follow, with a view to legislation being introduced in 2012.

The Archbishop, Dr Barry Morgan, used his presidential address to the Church in Wales’ Governing Body to claim that people’s organs should be donated to others ‘as a free gift’ and not treated like assets of the state.

But his comments have drawn an angry reaction from patients and medical groups, with the British Medical Association responding to the speech by reaffirming its commitment to the Welsh Government policy, and the chair of one of Wales' leading charity groups saying he was ‘disappointed’ with the Archbishop's comments.

Presumed Consent (PC) for organ donation is presently utilised in 22 countries. With a PC law, all are deemed organ donors after their deaths unless they opt out of the system.

Wales aims to be the first UK country to introduce such a system.

Under the proposed ‘soft’ system of presumed consent, health professionals would still consult with families on whether they wish their relative to donate an organ after death.

The British Medical Association (BMA) affirmed its support for presumed consent earlier this year but it remains controversial amongst doctors and many transplant surgeons oppose it.

The Organ Donation Taskforce established a series of expert working groups to help gather evidence and advice on this matter. The resulting report was delivered in November 2008. It recommended that the UK’s current system of opt-in be retained.

Earlier this year CMF made a submission to the House of Commons Welsh Affairs Committee consultation on the matter.

The consultation was launched under the grandiose title of ‘Pre-legislative scrutiny of the proposed Legislative Competence Order in Council on Health and Health Services: Presumed Consent for Organ Donation’

Our submission expressed ethical and public policy concerns about the concept of presumed consent for organ donation and concluded that presumed consent should not be introduced anywhere in the UK.

Figures released earlier this year show that the number of people on the NHS Organ Donor Register has now reached a record 18 million. This means that in the UK as a whole, nearly 30% of people are registered to donate their organs after their death. There has been a 26% increase in organ donation since 2007 and we are on course to deliver the 50% increase by 2012-13 targeted by the ODTF report [NHS Blood and Transplant, Thursday 23 June].

This increase is to be welcomed. However, we know there is still a shortage of organ donors and, as a result, long waiting lists for transplant operations in the UK.

The BMA current policy on presumed consent assumes that changing legislation in the UK from an opt-in to an opt-out system, or presumed consent, will significantly increase the number of potential donors.

But the assumption is significantly flawed.

There are many factors beside legislation which affect donor rates. These include public awareness, religion, cultural attitudes to donation, hospital processes, provision of intensive care beds and numbers of road deaths, to name a few. In Spain, an important factor is ensuring that the relatives of potential organ donors are always approached by someone specifically trained for the purpose.

The experience of Spain is interesting. It does have a higher number of donors than the UK, and has presumed consent legislation but this is not a simple causal relationship.

It is acknowledged by the director of the national transplant organisation in Spain that the increase in organ donation during the 1990s could not be attributed to a change in legislation which had remained the same since 1979. In fact, the improvements in donor rates in Spain followed the implementation of a comprehensive national procurement system. (NHSBT statement 2008).

Moreover, although some European countries with opt-out systems do have higher donation rates than the UK there is no clear evidence that opt-out is the sole factor. Sweden has an opt-out law but their donation rate is lower than that of the UK. And within almost all countries, large local variations exist in donation rates, despite a common legislative background.

Moreover we should remember that the increase we have seen in the UK has been achieved without presumed consent but by implementing some of the recommendations from the Organ Donation Taskforce, especially improved promotion and public recognition of organ donation.

The issue of presumed consent is about more than donor numbers though. We cannot ignore the ethical and practical concerns it raises. These include concerns around the ascertaining and timing of a diagnosis of death, concerns that treatment before death could be influenced in some way by the preservation of organs after death, concerns for some about the value of bodily integrity, and what is sacred about bodily death, and concerns that presumed consent undermines donation as a gift and erode trust in professionals – a concern equally held by recipients and their families. And of course concerns that silence indicates a lack of understanding rather than informed consent to the policy.

In short, there is no convincing evidence presumed consent legislation would make a difference in the UK to donation rates. However we do know it would generate ethical concerns by assuming consent even when it has not been given.

Instead we should be welcoming the increase in donors registered since 2007 that has been achieved through other means and discuss how we can build on that success.

The Archbishop of Wales is right to raise concerns and is not being unchristian in doing so. The end of saving lives does not justify any possible means.
Posted by Peter Saunders at 15:51