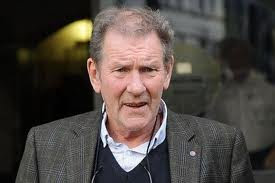 Retired actor Stuart Mungall, 71, has today been given a twelve month sentence suspended for two years for smothering his 69-year-old wife Joan Mungall with a pillow at their home in Tooting, south London.

The BBC headline reporting the case, ‘Wife-killing Yorkie advert man walks free from court’, is factually inaccurate and seriously misleading but sadly in keeping with the BBC’s adopted role as a cheerleader for assisted suicide and euthanasia.

Mungall confessed to and was convicted of manslaughter for killing his wife without her cooperation or consent but he has been given a reduced sentence on the grounds of diminished responsibility in view of the fact that he suffered from depression as a result of the strain in caring for her.

The comments of the judge in passing sentence make this fully clear and leave us in no doubt that no one can ‘take the life of another as (Mungall) did with impunity’.

STV reports the comments of Peter Beaumont QC as follows:

The judge said: ‘You come before the court as a man who has had a praiseworthy life achieving only distinction in your professional and business life.’

‘You have earned the plaudits of all who have known you, and they have recognised the devotion you showed to your wife Joan and the care you gave her as she suffered a degenerative and progressive brain disease for which there was no curative treatment.’

‘You had been married for 40 years and the evidence before the court, not just from those who have provided statements gathered by your solicitors, but from some of the witnesses interviewed by police, indicates just how happy and fulfilling your marriage was for the two of you.’

‘The evidence is compelling that as your wife's condition degenerated over the years from 2008 when the diagnosis of degenerative illness was made, you were not only her sole carer but you were caring for her most basic needs with unstinting devotion.’
The judge said Mungall's plea to manslaughter ‘reduces your responsibility for your act of killing her but it does not extinguish it.’

‘You will have to shoulder that responsibility for the rest of your life. But the public are entitled and will rightly look to the court in expectation that the sentence I pass measures that responsibility accurately and underlines the fact that you cannot take the life of another as you did with impunity.’

The law prohibiting intentional killing must be upheld and does not need changing. The penalties that it holds in reserve act as a strong disincentive to exploitation and abuse whilst giving some discretion to judges in sentencing to allow for mitigating circumstances in hard cases.

Any change in the law to legitimize so-called mercy killing or assisted suicide in any circumstances at all would place pressure on vulnerable people to end their lives and would in turn encourage those with a financial or emotional interest in their deaths, to kill those who are sick, elderly, depressed or disabled.

It is regrettable that we have to look to STV rather than our national broadcaster for accurate and responsible reporting.
Posted by Peter Saunders at 05:20