Statement from Ministry of Equality and Diversity on Offensive Christian Symbols, Titles, Songs and Abbreviations 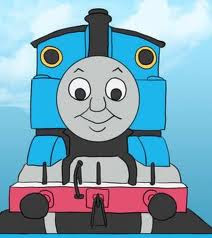 The Ministry of Equality and Diversity welcomes several positive developments over the last week which indicate that Britain is continuing to evolve into a more liberal and tolerant society. We wish to encourage further similar moves to eradicate from public life all Christian titles, symbols, songs and abbreviations which might cause offence to any members of our multicultural and multi-faith national community.

We welcome the decision of the General Medical Council to proceed with a disciplinary case against a doctor who suggested that to a patient during a consultation that ‘Jesus’ might be able to help him. We recommend that other professional bodies adopt similar approaches to those holding any public office or role who suggest to any non-Christian person that they might receive benefit from an examination of the Christian faith.

We welcome the decision of the manufacturers of a new DVD on Thomas the Tank Engine to replace the word ‘Christmas’ with the words ‘winter holiday’ and recommend that other publishers of children’s books and electronic media adopt a similar approach. To use the Christian name for winter holidays is inappropriate and runs the risk of offending Jews, Muslims, Hindus, Pagans and those of other faiths and also atheists who may choose to celebrate the winter break in a different way.

We welcome the decision of the BBC to replace the abbreviations AD (Anno Domini – Year of the Master) and BC (Before Christ) with the less offensive CE (Common Era) and BCE (Before Common Era). Whereas we recognize that these latter terms still use the birth of their Christ as their reference point, the more neutral replacement abbreviations are less likely to cause offence to Muslims, Buddhists and Secularists who might prefer to have years dated from the births of Mohammed, Siddharta Gautama or Charles Darwin. We intend to launch a public consultation in the New Year to ascertain support for a new numbering system for dates based on a rolling average of the birth dates of a range of religious, political and societal leaders. 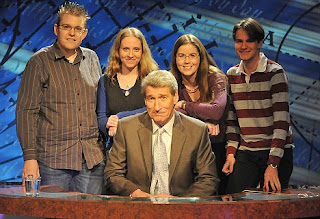 We commend the example of Jeremy Paxman as a broadcaster who has willingly adopted the new CE/BCE abbreviations but remain deeply concerned about a picture today in the Daily Mail showing Paxman alongside members of the ‘Corpus Christi College’ University Challenge Team. Whilst respecting and upholding the right of all university students regardless of race, religion or creed to participate in this television programme we are concerned about the use of overtly Christian names of some of the colleges at some of the country's elite universities. We would recommend that students from such colleges as Corpus Christi (Body of Christ), Jesus College and any College bearing the Prefix St (Saint) appear on the programme under an alternative name so as not to cause offence to viewers from other faith communities,

In our endeavour to eradicate offensive Christian titles, titles, songs and abbreviations from public life in the interests of equality and diversity we would like to announce several future measures to be introduced shortly. 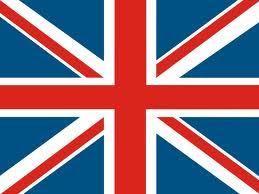 The British flag and the flags of the various countries making up the United Kingdom are to be redesigned as they are composed of an assortment of ‘crosses’ (Christian symbols) carrying the names of various historic Christian saints. A national competition for new flag designs will be held in the New Year and a less offensive neutral design introduced next autumn.

The national anthem with its reference to ‘God’ ‘saving’ the queen is offensive to those who do not accept the Christian concept of God or the need to be ‘saved’ according to the Christian understanding of that word. In addition the song ‘Jerusalem’ with its reference to the Israeli capital (offensive to Palestinians and many Muslims) and suggestion that Jesus Christ once visited Britain (for which there is no historical evidence) along with ‘Land of Hope and Glory’ with its overt Christian language and imagery are to be redrafted. A consultation in the New Year will seek non-offensive multi-faith substitute lyrics for these songs and in the meantime their public performance is to be suspended.

All British coins are to be recalled and reissued following a redesign. The letters DGREGFD which appear after the Queen’s name on the coins standing for ‘Dei Gratia Regina Fidei Defensor’ (‘By the Grace of God, Queen, Defender of the Faith’) are offensive to many who understand Latin and are not followers of the Christian faith. DGREGFD is to be replaced by the briefer, more contemporary and more easily memorable BYWI ('Because you're worth it'). 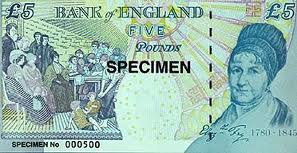 Whilst we commend the adoption of the neutral secular images of Sir John Houblon, Adam Smith and Charles Darwin on the £50, £20 and £10 notes respectively, we will be recommending also that the image of Elizabeth Fry, a Quaker and Christian philanthropist, be replaced by a more suitable figure on the £5 note. The deflationary pressure created by the withdrawal of all coins and five pound notes is to to be counterbalanced by the temporary issue of an appropriate number of £4, £3, £2 and £1 notes carrying the images of Richard Dawkins, Stephen Fry, Elton John and Jeremy Clarkson respectively.

We will be publishing a further list of Christian abbreviations, songs, symbols and titles to be amended shortly.

Thank you for (your) instant cooperation (tfic).
Posted by Peter Saunders at 13:55