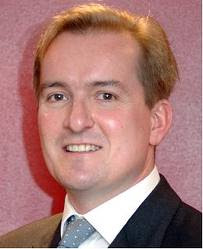 Not so long ago I received a fund-raising letter written by Edward Turner (pictured), Treasurer of ‘Dignity in Dying’, formerly known as the Voluntary Euthanasia Society.

Dignity in Dying now campaigns for a change in the law to allow assisted suicide for people who are, in its own words, ‘mentally competent and terminally ill’.

The VES changed its name to DID on 23 January 2006. It was no coincidence that the very next day, on 24 January, the same Edward Turner and his two sisters accompanied his mother Anne, a GP from Bath, to the Dignitas suicide facility in Zurich Switzerland where she took her own life by drinking a lethal draught of barbiturate.

They were accompanied on the trip by a BBC news crew led by health correspondent Fergus Walsh who later played himself in the BBC dramatization of the events.

Edward Turner’s recent fundraising letter claims that ‘the Swiss government is determined to restrict the right to die in Switzerland to its own residents’, a belief for which there is very little evidence indeed. However the claim is intended to boost further support for a change in the law in this country on the basis that the Swiss route will soon close to British citizens.

He then goes on to announce that Dignity in Dying will be bringing back another bill to Westminster ‘in this Parliament’ in order to legalise assisted suicide and that, in addition, Margo Macdonald MSP is preparing to relaunch a similar bill in Scotland (Ms Macdonald’s last bill was defeated by an overwhelming margin of 85 to 16 in November 2010). DID, according to its Summer newsletter, is also planning a bill for the Isle of Man.

So we can see, with this degree of activity planned, why more money is needed,

Turner’s plug for funds is prefaced by the following claim:

‘As ever, the rich and influential lobby which campaigns against us will put all their considerable resources into preventing change. The last time we brought a Bill before Parliament, these groups spent millions of pounds, not just to undermine the Bill, but to discredit the people who backed it’. (Emphasis Turner’s)

The last bill DID brought to Westminster was Lord’s Joffe’s 'Assisted Dying for the Terminally Ill Bill' in 2006. On 12 May that year, the very day the bill was defeated in the House Lords by a majority of 148 to 100, Polly Toynbee wrote an article for the Guardian claiming that the opposition, the Care Not Killing Alliance had spent ‘millions of pounds’ opposing DID. This article is the likely source for Turner’s assertion.

The claim was actually completely false, as a letter written by then CNK chair Brian Iddon MP, and still available on the CNK website, asserts (The Guardian refused to publish it). I quote the letter here in full:

Polly Toynbee's claim (Guardian, 12 May) that the Care Not Killing Alliance spent millions of pounds opposing Lord Joffe's Assisted Dying for the Terminally Ill Bill, is massively at variance with the truth.

Care Not Killing was officially launched on 31 January 2006, as an umbrella organisation committed to providing best quality palliative care for the dying and opposing any weakening of the law on euthanasia. The alliance includes a total of 32 professional groups, human rights groups, healthcare providers and faith groups, all of which pay an annual subscription, and some of which provide administrative support.

The document by the British Humanist Association, on which Toynbee's claim was based, arrived at a figure of £11.8 million for the campaign simply by adding up the annual incomes of about 20 organisations thought to be members of the alliance. In reality the alliance spent just over £30,000 on the campaign in launching a website, and in producing and distributing a leaflet, DVD of doctors' interviews, briefing paper, a booklet analysing Lord Joffe's Bill and an internet television programme. No one member group contributed more than £5,000 to this total.

This activity, coordinated through www.carenotkilling.org.uk, led to a grass roots public response with over 100,000 signatures on a petition in just four weeks, thousands of letters to Peers and extensive coverage in the national press and broadcast media.

The campaign was successful because a small number of volunteers worked nights and weekends to mobilise ordinary people to make their objections known. Peers turned out en masse to oppose the bill because they were convinced by sound argument that it should not proceed.

Edward Turner is fully aware of these facts but has chosen to propagate the false claims of Toynbee and the British Humanist Association in order to raise money for his campaign.

Care Not Killing still campaigns today, but employs one full time administrator and a part-time Scottish policy officer. Last year its income was less than £10,000.

It’s a free country, of course, and DID like any lobby group is fully entitled to raise funds from supporters to further its objectives.

But it shouldn’t be misrepresenting the truth to do it.
Posted by Peter Saunders at 15:41