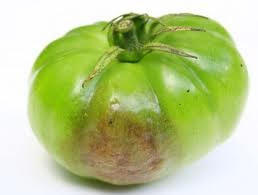 Last week late blight wiped out my tomato crop. It only took days after the tell-tale oily black blotches first appeared on the stems, fruit and leaves for nearly 40 plants to be destroyed.

I managed to salvage only a couple of small bucket loads of green fruit, much of which has since succumbed.

And as for the plants it is ‘bag, burn or bury’ so mine all ended up in black kleen sacks bound for landfill.

Late blight is neither a bacterium nor fungus, but an oomycete spread by wind-borne spores which thrives in wet weather.

Once established (my recent absence abroad did not help) it rips through a crop with ease.

Caused by Phytophthora infestans, it was the disease responsible for the Irish potato famine, a period of mass starvation, disease and emigration between 1845 and 1852.

During the famine approximately 1 million people died and a million more emigrated from Ireland, causing the island’s population to fall by between 20% and 25%.

Although blight ravaged potato crops throughout Europe during the 1840s, the impact and human cost in Ireland – where one-third of the population was entirely dependent on the potato for food – was exacerbated by a host of political, social and economic factors which remain the subject of bitter historical debate.

For me the destruction of my tomato crop was an annoyance. I hate wasting time on any fruitless activity and was frustrated to lose what would have been a bumper crop having spent so much care in growing them from seed and then staking, tying, watering, feeding and pruning the plants.

But at the end of the day Sainsbury’s easily filled the gap and we are still eating three square meals a day.

Not so for the vulnerable Irish in the 19th century.

Many of my ancestors came from Ireland – most notably the Moloneys from County Clare and the Purdys from Ulster – and most of these left the Emerald Isle around or shortly after the time of the famine to emigrate to New Zealand.

In fact if it hadn’t been for the famine I, and many other New Zealanders, probably would never have existed as my various Irish, Scottish and English forebears would never have met down under.

The famine had other sequelae too. 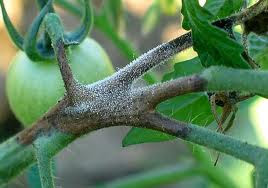 In 1857, four young Irishmen began a weekly prayer meeting in the village of Connor near Ballymena. This meeting is generally regarded as the origin of the 1859 Christian revival that swept through most of the towns and villages in the north of Ireland and in due course brought 100,000 converts into the churches changing the whole history of the country and touching the whole world through the missionary endeavour that followed.

Every cloud has a silver lining and, as we sang this morning in church, behind his frowning providence God hides a smiling face. You never quite know what he is doing as the mysteries of life unfold. So it is best to trust and to wait rather to doubt and despair.

We only have a small part of the whole picture.

But I have also learnt a valuable lesson. Tomatoes thrive best in hot dry conditions – and I will ensure my plants have more cover next year.

Though the fig tree does not bud
and there are no grapes on the vines,
though the olive crop fails
and the fields produce no food,
though there are no sheep in the pen
and no cattle in the stalls,
yet I will rejoice in the LORD,
I will be joyful in God my Savior.
(Habakkuk 3:17-18)
Posted by Peter Saunders at 06:22