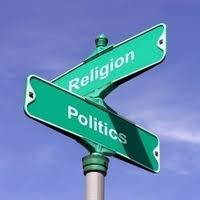 To what extent should Christians work together with others in a multi-faith democracy to achieve common goals?

Daniel Strange’s Cambridge Paper on the subject of co-belligerence ‘Co-belligerence and common grace: Can the enemy of my enemy be my friend?’ is an excellent review of this issue and has had direct relevance for many of the issues we have faced in Public Policy at Christian Medical Fellowship (CMF).

‘Co-belligerence’ is a political or military term referring to an alliance of different parties against a common foe; in a Christian context it describes the activity of Christians working together with non-Christians for a common political, economic or cultural cause. Within evangelicalism, the use of the term was popularised by Francis Schaeffer who emphasised the importance of being both ‘in the world ’but not ‘of the world’: ‘A co-belligerent is a person with whom I do not agree on all sorts of vital issues, but who, for whatever reasons of their own, is on the same side in a fight for some specific issue of public justice.’

Co-belligerence brought the Christian Institute, the Islamic Human Rights Commission, The Gay Times and comedian Rowan Atkinson together in opposing the government’s Racial and Religious Hatred Bill in the common interest of safeguarding free speech. Similar broad alliances have formed in the UK to combat the Mental Health Bill, counter Sunday trading, protest against the Iraq war and combat world poverty. In the US a collection of strange bedfellows consisting of environmentalists, feminists and evangelicals has waged a successful campaign together against cloning.

In 2005 CMF played a key role in bringing together a coalition of professional groups, human rights groups, healthcare providers and faith groups both to promote palliative care and to oppose the legalisation of euthanasia and assisted suicide. The Care Not Killing Alliance is still the major voice in these areas seven years later. Part of the very early fruit of these efforts was an open letter to all MPs and Peers signed by nine leaders of the six main world faith groups: Christians, Muslims, Jews, Sikhs, Buddhists and Hindus. It was surprising how easy it was to gain agreement on such a powerful and comprehensive statement from people who would disagree strongly on many fundamental issues of faith.

CMF networks similarly with likeminded charities, NGOs and members of other faiths with regard to other ethical issues or in promoting HIV care, developing world health or social justice. And most of us are members of multidisciplinary healthcare teams together with people of all faiths and none, with whom we hold some values and commitments strongly in common.

In 2010 the Westminster Declaration of Christian Conscience brought together Christian groups from different denominations around the General Election and this year the Coalition for Marriage, involving Christians, and those of other faiths or no faith, formed to oppose the legal redefinition of marriage.

Some Christians may feel uncomfortable with such joint activity, feeling that it compromises the exclusivity of Christ and dampens enthusiasm for the proclamation of the Gospel. Paul’s warning not to‘ be yoked together with unbelievers’ (2 Corinthians 6:14) seems to underline this concern. And did not Jesus himself warn that, ‘He who is not with me is against me’ (Matthew 12:30) and ‘No-one can serve two masters’? (Matthew 6:24) Co-belligerence certainly does run the risks of dilution, misunderstanding and tension.

And yet at the same time there is evidence in Scripture of believers willingly working with unbelievers towards a common good. Daniel Strange points to Joseph working with Egyptians to alleviate famine (Genesis 41), Daniel in Nebuchadnezzar’s court (Daniel 2), Jeremiah’s letter to the exiles to ‘seek the peace and prosperity of the city…’ (Jeremiah 29:7) and Paul’s exhortation to do good to all, especially the family of believers (Galatians 6:10).

The tension here is really that between the Great Commission, to preach the gospel to the ends of the earth, and the Great Commandments of loving God and neighbour in the society in which he has placed us. We are to be both the light of the world, showing the way, and the salt of the earth, flavouring and preserving.

And these two activities of preaching and loving should be complementary; just as we are called to be faithful witnesses to the truth we are also called to be good citizens working to ensure that there is justice, care and equality, that good laws and policies are promoted and bad ones opposed. And in a democratic multi-faith society, that cannot be achieved without working closely together, with others who may not share all our convictions, toward shared goals. Indeed such cooperation should aid our gospel efforts because it will bring us into close relationships with unbelievers we may not otherwise have met, and the conversion of key decision-makers and leaders is one of the most potent ways of bringing about societal transformation.

But we must almost be wise and cautious, as shrewd as snakes and innocent as doves (Matthew 10:16), ensuring that working together with unbelievers does not silence us in our gospel witness or lead us to shrink in speaking truth that might offend in areas of disagreement.