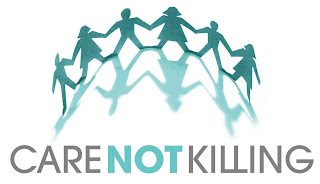 Care Not Killing has welcomed MPs’ decision to encourage further development of specialist palliative care and hospice provision and their endorsement of the current law on assisted suicide.

The House of Commons debate saw MPs welcoming the DPP’s policy for prosecutors in respect of cases of encouraging or assisting suicide published in 2010 and also unanimously backing an amendment encouraging palliative care services.

‘MPs have today given a ringing endorsement to the need for the further development of specialist palliative care and hospice provision in which Britain is already a world leader. We welcome this move to strengthen existing services and to make the highest quality care more accessible and available.’

‘They have also today, as expected, given endorsement to the DPP policy on assisted suicide, which enables the DPP to exercise discretion in bringing prosecutions on a case by case basis, whilst upholding a blanket prohibition on all assistance or encouragement with suicide.’

‘The law in Britain thereby is seen to have both a stern face to deter exploitation and abuse, and a kind heart to temper justice with mercy in hard cases. This is the right balance. The clear evidence that it is working well is seen in the very small number of cases occurring (20 per year) and the low number of prosecutions.'

'Any attempt to decriminalise assisted suicide or euthanasia would result in a huge escalation of cases as seen in jurisdictions like Oregon and the Netherlands. As determined by a previous House of Lords enquiry, with an Oregon or Netherlands type law in Britain we would have 1,000 and 13,000 cases respectively annually.’

‘We were particularly pleased to see the Solicitor General and many MPs stressing the importance of parliament allowing the DPP to exercise independent judgement on a case by case basis and the rejection of an attempt to micromanage and fetter him through a call for a parliamentary consultation aimed at placing his guidance on a statutory footing. This resulted in an amendment to this effect by pro-euthanasia MPs being unanimously voted down.'

‘We will continue to emphasise the importance of investigating all cases of alleged assistance with suicide and appropriate application of the guidelines to ensure that the law is properly upheld and that vulnerable people are protected from being placed under pressure to end their lives.’

Assisted suicide has been repeatedly debated in British Parliaments in recent years and the DPP guidance was the subject of an adjournment debate led by Patricia Hewitt in 2010. Attempts to legalise assisted suicide by means of the Joffe Bill (2006) and Falconer amendment (2009) in the House of Lords and the Macdonald Bill (2010) in the Scottish Parliament were all defeated by large majorities and this is the third debate in the House of Commons on Assisted Suicide in as many years.

The law remains unchanged and looks likely to stay that way for the foreseeable future.
Posted by Peter Saunders at 15:29