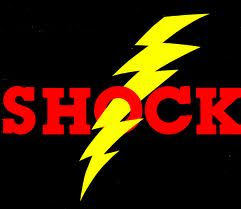 I am fairly unshockable but a headline in the Daily Mail this morning took my breath away.

It reads,’“We abstained from having sex until we got married”: Ali Landry reveals startling wedding night secret'.

Ali Landry is a 38-year-old actress and former Miss USA who made the astounding confession on a talk show that she waited until her wedding night to sleep with second spouse Alejandro Monteverde (She annulled her first marriage just two weeks after the wedding because her husband had been unfaithful).

This, coupled with the equally astounding revelation in this morning’s Metro that a British man has been married to the same woman for 64 years (his name is the Duke of Edinburgh), has emboldened me to make a shocking personal confession.

My hope in doing this is that others might also feel able to ‘come out’ about their past sexual behaviour as, I'm sure you will agree, there is often strength in knowing that we are not alone in our personal experiences.

Ok so here goes. I lost my virginity aged 24 on my wedding night almost thirty years ago (to my first wife!) and have only had one sexual partner since (ie. my first wife to whom I am still married).

So there you have it. Has it all been plain-sailing? Of course not, and we have needed a huge amount of help and support along the way, surprisingly mostly coming from someone who never married and has never had sex.

But I think that is already enough information for now.
Posted by Peter Saunders at 03:51