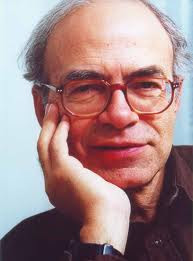 Two bioethicists have stirred up huge controversy this week by publishing an article suggesting that infanticide is equivalent to abortion (see coverage here).

Writing in the Journal of Medical Ethics, Alberto Giubilini from the University of Milan and Francesca Minerva from Melbourne University argue that foetuses and newborns ‘do not have the same moral status as actual persons’ and conclude that ‘after birth abortion (killing a newborn) should be permissible in all the cases where abortion is, including cases where the newborn is not disabled’.

Their paper, titled ‘After-birth abortion: why should the baby live?’, has understandably been widely criticised, but its publication has been staunchly defended by Julian Savulescu, the editor of the journal.

On the BMJ blog, Savulescu claims that the arguments presented are not new and have been presented repeatedly in academic literature for years. He says, ‘The novel contribution of this paper is not an argument in favour of infanticide – the paper repeats the arguments made famous by Tooley and Singer – but rather their application in consideration of maternal and family interests. The paper also draws attention to the fact that infanticide is (already) practised in the Netherlands.’

He continues, ‘Many people will (disagree) with these arguments. However, the goal of the Journal of Medical Ethics is not to present the Truth or promote some one moral view. It is to present well-reasoned argument based on widely accepted premises. The authors provocatively argue that there is no moral difference between a foetus and a newborn. Their capacities are relevantly similar. If abortion is permissible, infanticide should be permissible. The authors proceed logically from premises, which many people accept to a conclusion that many of those people would reject.’

Savulescu is right. All these authors have done is to draw out the logical conclusions of principles which have been taught in universities by leading academic bioethicists to generations of medical students since the 1980s.

They simply start from the premise that not all human beings are persons with rights. The implications of this view are spelt out in a 2004 article ‘What is a Person?’ by John Wyatt published in the CMF journal Nucleus.

‘For centuries it was generally accepted that the terms 'person' and 'living human being' were virtually equivalent. But over the last two decades, a number of influential modern philosophers, including Peter Singer, Jonathan Glover and John Harris, have challenged traditional understandings of personhood. As we will see, this has led them to some startling conclusions.

For Peter Singer a person is a being who has a capacity for enjoyable experiences, for interacting with others and for having preferences about continued life. For John Harris a person is any being who is capable of valuing their own life.

Once this kind of definition is accepted, there are a number of logical implications. Firstly it is immediately obvious that in order to be regarded as a person, you must have an advanced level of brain function. In fact you must have a completely developed and normally functioning cerebral cortex. Secondly, there must be a significant group of human beings who are non-persons. These include fetuses, newborn babies and infants who lack self awareness, and a large group of children and adults with congenital brain abnormalities, severe brain injury, dementia and major psychiatric illnesses.

Thirdly, there are many non-human beings on the planet who meet the criteria of persons. These include at least chimpanzees, gorillas, monkeys and dolphins, but may also include dogs, pigs and many other mammals. In fact it has even been argued that within the foreseeable future some supercomputers may meet the criteria to be regarded as persons.’

Consider the following quote from Singer (pictured), former editor of the Bioethics journal and one of the most influential thinkers in bioethics today. In a seminal article titled ‘Sanctity of Life or Quality of Life?’, published in the American Journal Paediatics in 1983, he wrote the following:

To Singer and many influential thinkers like him, man is nothing but the product of matter, chance and time in a godless universe; merely a highly specialised animal. The value of an individual human being is determined by his level of rationality, self-consciousness, physical attributes or capacity for relationships. Human life that has fewer of these qualities is of less value and can be disposed of. This Darwinian ethic with its aim of 'survival of the fittest' leads to the conclusions outlined above and obviously puts the demented, mentally handicapped, brain-injured, unborn and now newborn in danger.

These bioethicists this week have actually done us a service. If we don’t like their conclusions, then it should actually lead us to reject the premises from which they logically flow.

Is it actually the qualities of rationality, self-consciousness and communication that make human beings special and give them value? Or is it something else?

The Christian view of the sanctity of life, which Singer and others reject, is that human beings have value not because of any ‘intrinsic’ qualities, but for two main ‘extrinsic’ reasons. First, that they are made in the image of God for an eternal relationship with him, and second because God himself became a human being in the person of Jesus Christ and thereby bestowed unique dignity on the human race.

It is easy to dismiss Singer and others because their conclusions make us feel uncomfortable. But we must at least admire their willingness to be consistent with their beliefs. Most people are not, and many of those shocked by the comments about infanticide this week actually share these bioethicists’ views about what makes human beings valuable but haven’t fully thought through the implications.

In the same way many Christians have not through the full implications of a Christian worldview.

Alberto Giubilini and Francesca Minerva are right that infanticide is morally no different to abortion. But we can draw one of two conclusions from that – either we should embrace infanticide on demand or we should stop doing abortions.

Which we ultimately opt for will depend on whether we embrace a secular or a Christian worldview. Are human beings simply an advanced form of life, special only because of their higher neurological capacities? Or are they special creations made in the image of God with an eternal destiny? That is the real question.

And whatever view we opt for on the basis of the available evidence, we should have the courage of our convictions to draw out its full practical implications as these bioethicists have done.
Posted by Peter Saunders at 02:07