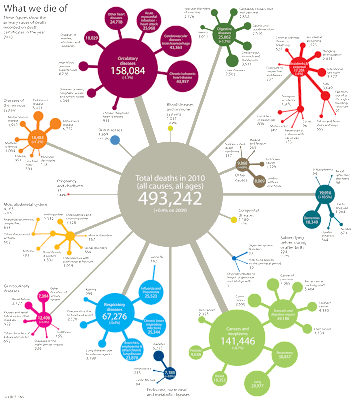 This includes 224 babies ‘dying before, during or after birth’. However this total of 224 does not include 189,574 human deaths in 2010 from abortion in England and Wales.

Abortion has for some years now been the leading cause of human death in Britain.

If we add the pre-born babies who died as a result of abortion in 2010 the total number of human deaths in England and Wales comes to 682,816.

The other main causes of human death in England and Wales in 2010 (apart from abortion) were as follows:

Abortion is against the Hippocratic Oath, against the Declaration of Geneva, against the International Code of Medical Ethics and against the Judeo-Christian ethic on which the laws of our country were originally based.

The fact that abortion deaths are excluded from official death statistics is a symptom of how far we have fallen since abortion was effectively legalised in Britain 45 years ago this week on 27 October 1967.

There is no one in Britain more innocent, more vulnerable and killed in greater numbers than the pre-born baby.