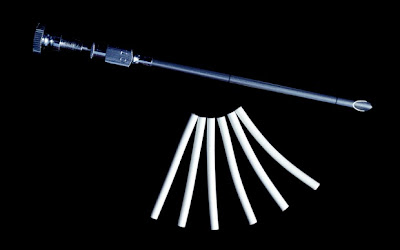 School nurses have given implants or jabs to girls aged between 13 and 16 more than 900 times in the past two years, a survey by The Daily Telegraph has found.

Girls aged 13 have been given contraceptive jabs and implants on more than 20 occasions.

A further 7,400 girls aged 15 and under have been given contraceptive injections or implants at family planning clinics.

Under the patient confidentiality rules, nurses are banned from seeking the permission of parents beforehand, or even informing them afterwards, without the pupil’s permission.

The implants, which prevent pregnancy for up to three years by releasing hormones into the blood, are inserted into girls’ arms. The injections are effective for up to three months.

Using Freedom of Information laws The Daily Telegraph has discovered that these implants and contraceptive injections are being offered in schools in Bristol, Northumbria, Peterborough, Co Durham, the West Midlands and Berkshire. They give much more detail about individual trusts in their article today.

The number of girls given implants and jabs is likely to be higher as many trusts claimed they did not keep records or said releasing information would breach patient confidentiality.

I was phoned by the Telegraph yesterday about this and they have just used one sentence of a fairly lengthy quote I gave them so I’m giving a more lengthy response here.

Why should we be concerned about this?

First, sex under 16 is not only illegal, it can also be profoundly damaging – physically, emotionally and spiritually. To facilitate such behaviour behind parents’ backs is unprofessional, irresponsible and morally wrong.

When this story first came to light earlier this year there were understandably a lot of angry parents who felt that their responsibility for their own children had been undermined and that their children were being exposed to risk and encouraged to experiment.

Children under 16 cannot drink in a pub, drive, vote or watch certain films and parental consent is required for any other medical or surgical procedure. Why is this issue so different, especially when contraceptive implants pose health risks – in particular the danger of them ‘going missing’ and damaging later fertility.

Second, young people who feel that they are secure and protected by contraception will take more risks sexually. The phenomenon whereby applying a prevention measure results in an increase in the very thing it is trying to prevent is known as ‘risk compensation’. The term has been applied to the fact that the wearing of seatbelts does not decrease the level of some forms of road traffic injuries since drivers are thereby encouraged to drive more recklessly. In the same way it has been convincingly argued that making contraception readily available to vulnerable people can actually increase rather than decrease rates of pregnancy and sexually transmitted infections because teenagers are thereby encouraged to take more sexual risks in the false belief that they will not suffer harm.

Third, there are other real risks to the health and well-being of young people in this strategy. A contraceptive implant or jab will protect you to some degree against unplanned pregnancy but it will not protect you against sexually transmitted infections or sexual exploitation. If a young teenage girl is in an abusive relationship or has pressure put on her to have sex then she can be very easily manipulated especially if she is emotionally involved with the boy or man who is trying to coerce her. I am concerned that this contraceptive provision has been moved from the safety of the doctor-patient relationship. Who is taking a detailed history from these girls to ensure that they are not being exploited, coerced or absued?

Fourth, this new strategy is not evidence-based – it is effectively an untested strategy paid for by tax payers’ money and promoted by the government. There is, by contrast, real evidence that making contraceptives more widely available does not reduce unplanned pregnancy rates in a population and may actually increase the incidence of sexually transmitted infections.

The current government teenage sex strategy is not working. Although teenage pregnancy rates in Britain have fallen to their lowest level since 1969, they are around twice as high as those in France and Germany and five times the rate in the Netherlands. That is because the strategy is based on two false premises – that contraceptives are 100% effective and that abstinence is impossible.

Contraceptive provision alone will never address Britain’s epidemic of promiscuity and its consequences. More needs to be doing more to dissuade young people from having sex and promoting abstinence as a good lifestyle choice. The government also needs to be upholding the law about sex with girls under 16 and doing more to curb easy access to pornography. In a pornography-saturated culture many young people have very unrealistic ideas and expectations about sex and will end up making decisions they later regret.

There are communities in the UK – both ethnic and faith communities – which have very low levels of promiscuity and accordingly very low levels of unplanned pregnancy and sexually transmitted disease, divorce and broken relationships. These groups are getting it right and the government should be learning from them rather than basing their strategy on a non-evidence-based ideology involving more and more contraceptives to younger and younger people.