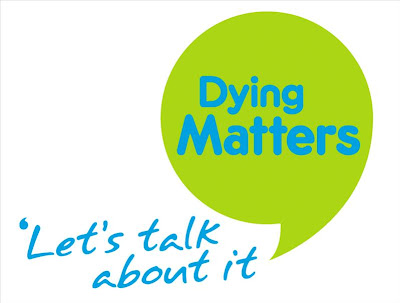 In the last two days the Daily Mail has run two articles with the following alarmist headlines:

Put 1 in 100 patients on death list, GPs told: Frailest to be asked to choose 'end-of-life' care

3,000 doctors putting patients on 'death lists' that single them out to be allowed to die

The articles draw attention to a new campaign aimed at helping GPs to identify patients nearing the end of life in order to improve their care.

The ‘Find Your 1% campaign’ is funded by the Quality, Innovation, Productivity, and Prevention End of Life Care workstream (QIPP) and is being hosted by the Dying Matters Coalition.

It is supported by the Royal College of General Practitioners (RCGP) and the National End of Life Care Programme (NEoLCP).

‘Find your 1%’ is based on the idea that around 1% of a GP’s patients will die in any given year and it aims to help GPs identify those patients who have a year or less to live in order to improve their care.

Currently around 70% of people want to die at home, yet more than half of the 450,000 people who die each year in England do so in hospital.

As well as improving patient care the scheme, it is said, would also save the NHS money as there would be fewer inappropriate emergency hospital admissions.

Typically towards the end of life, each unplanned admission to hospital costs more than £3,000. In the last 12 months before death, patients average 3.5 admissions each, with estimates that at any one time 20% of all hospital beds are occupied by people who are dying. If each person had one less crisis admission, the NHS would save £1,350,000,000 (NHS QIPP EOL workstream 2010).

I was phoned by the Daily Mail yesterday and asked to comment on the campaign, which I did, but unfortunately I was quoted selectively in a way that made it look like I was criticising it, when I was not intending to do so at all.

The sentences they extracted from my interview, which I asked to see and approved, read as follows:

‘If GPs are being encouraged to identify those patients who are terminally ill in order that they can be provided with the best care that is to be applauded. However I think we have to be very careful with the process of quotas. It is essential that every single case is reviewed on its own merits and the decision is made in a fully evidence-based way.

‘We all know that doctors’ estimates of patients’ lifespans can be sometimes accurate but sometimes wildly inaccurate. Caution needs to be exercised in making predictions. We all remember the cases of Al Megrahi and Ronnie Biggs. A skilled doctor can in the great majority of cases assess when a patient is within a few hours or days of death. However, once we start to talk about weeks or months we know that we can often be right, but equally very badly wrong. That is why it is so important that any assessment like this is regularly reviewed in the light of new evidence.'

‘This also goes for the Liverpool Care Pathway, where we know that some people have been put on it inappropriately.’

When it ran the article however, the Daily Mail excluded my first sentence, where I applauded the general principle of identifying terminally ill patients with the purpose of providing better care, extracted only the word ‘quotas’ from my second sentence, ran the bulk of the sentences on the difficulties of assessing lifespans and reframed my comments about some patients being inappropriately being placed on the Liverpool Care Pathway to make it appear that I was criticising the pathway per se.

They were, in other words, attempting to make my comments support an editorial agenda.

Anyone who reads my blogs knows that I am firmly opposed to assisted suicide, euthanasia and legally binding advance refusals for food and fluids. Intentional killing by act or omission is always wrong.

I am also very wary of government-led agendas driven by the desire to cut costs as opposed to delivering better care. Patients should not be deprived of helpful treatments.

But equally, dying is actually a normal part of life and should not be over-medicalised.

Unnecessary emergency hospital admissions and intrusive burdensome interventions for dying patients who could be managed more effectively by GPs at home can be traumatic and damaging.

It is important that patients can access the care they need at the end of life and that they are helped to die comfortably in the place of their choosing. Any campaign that helps GPs provide better care for dying patients is therefore to be welcomed.

I see that Dying Matters Chief Executive Eve Richardson and National End of Life Care Programme Director Claire Henry have responded to the Daily Mail with the letter below, with which I concur.

Far from being placed on a ‘death list’ as your article misleadingly suggests ('Put 1 in 100 patients on death list, GPs told', 17 October 2012), it is crucially important that GPs talk sensitively to people in their practice who are coming towards the end of their life about their wishes, such as whether they want to be cared for in their own home rather than in hospital.

After all, half a million people in England die every year, but many people aren't getting the end of life care that they need, often because their wishes have not been discussed with them. After loved ones, people tell us it is their GPs they want to turn to for information and support about planning for their end of life wishes.