Redefining Marriage - The case for caution 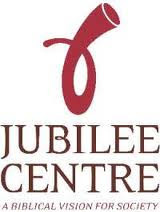 The author, Julian Rivers, is Professor of Jurisprudence at the University of Bristol Law School, an editor-in-chief of the Oxford Journal of Law and Religion, and a member of the advisory board of the Ecclesiastical Law Journal.

He argues that the British government’s proposal to introduce same-sex marriage seems to rest on reasons of equality, stability and convenience. But on closer inspection, these are respectively incomplete, speculative and negligible.

With respect to equality, marriage already discriminates on grounds of age (children cannot marry), kindred and affinity (one cannot marry a parent, sibling or close relative). This discrimination is justified so equality alone does not constitute adequate grounds for redefinition. Nor is it clear where any new lines of equality should be drawn. If marriage is to be truly equal on grounds of ‘sexual orientation’ the law should not be restricted to just one type of sexually-intimate relationship.

The root of the problem is that the Government fails to address the fundamental question of what a marriage is, and thus it fails to identify and defend the boundaries of any new definition.

The proposal to change the current definition of marriage depends on a sense that the man-woman criterion confers no distinctive social goods and represents an arbitrary limitation. But this is not the case. Marriage affirms the equal value of men and women, and promotes the welfare of children.

By contrast, the new definition of marriage will unavoidably call into question its exclusivity, its permanence and even its sexual nature. Moreover, the logic of equal recognition and radical choice means that the boundaries of any new definition will be far more vulnerable.

Such an unravelling of marriage is too high a price to pay for a proposal which fulfils no practical legal need.

Marriage risks becoming any formalised domestic arrangement between any number of people for any length of time. On such a trajectory, marriage will eventually unravel altogether.

Rivers’ paper, which runs to 4,000 words and has 49 academic references, unpacks these arguments in some detail.

The full paper is available free on line