Ten questions you never hear asked on the media 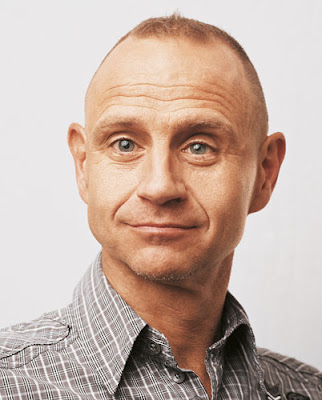 I was on the Radio Four Today programme earlier this week debating Lord Falconer (listen here for Radio Four and here for Radio Five Live and ) on whether or not assisted suicide should be legalised in the light of ten years of British people going to the Dignitas facility in Switzerland to end their lives.

Prior to our debate the programme ran a prime time recorded interview with Win Crew, wife of one of the first Britons to die there which I listened to in the taxi on the way in.

It was typical of such interviews. The usually robust Evan Davies
(pictured), rather than giving her a challenging and searching cross-examination, instead reverted to slow underarm bowling in the apparent hope that she might hit each question over the boundary in the cause of legalisation.

She, not understandably, made the most of being given an international media platform to propagate her views effectively unchallenged.

The BBC later gave the interview huge prominence in keeping with their ‘assisted suicide cheerleader’ policy whilst our debate was relegated to the graveyard slot just prior to 9am.

In the light of this not atypical experience I was interested to see this post on Life Site News on the not unrelated issue of abortion – another where the liberal elite who dominate the media do what they can to ensure that really searching questions are never asked.

I have virtually never heard these ten questions asked (or answered) on media but invite anyone with a prochoice position to attempt to answer them either here or elsewhere.

They come from over the pond in the lead up to the US presidential election but apply equally well here.

Here’s some food for thought then from Trevin Wax at thegospelcoalition.org blog — ‘Ten questions you never hear a pro-choice candidate asked by the media’.

1. You say you support a woman’s right to make her own reproductive choices in regards to abortion and contraception. Are there any restrictions you would approve of?

2. In 2010, The Economist featured a cover story on “the war on girls” and the growth of “gendercide” in the world – abortion based solely on the sex of the baby. Does this phenomenon pose a problem for you or do you believe in the absolute right of a woman to terminate a pregnancy because the unborn fetus is female?

3. In many states, a teenager can have an abortion without her parents’ consent or knowledge but cannot get an aspirin from the school nurse without parental authorization. Do you support any restrictions or parental notification regarding abortion access for minors?

4. If you do not believe that human life begins at conception, when do you believe it begins? At what stage of development should an unborn child have human rights?

5. Currently, when genetic testing reveals an unborn child has Down’s Syndrome, most women choose to abort. How do you answer the charge that this phenomenon resembles the “eugenics” movement a century ago – the slow, but deliberate “weeding out” of those our society would deem “unfit” to live?

6. Do you believe an employer should be forced to violate his or her religious conscience by providing access to abortifacient drugs and contraception to employees?

7. Alveda King, niece of Martin Luther King, Jr. has said that “abortion is the white supremacist’s best friend,” pointing to the fact that Black and Latinos represent 25% of our population but account for 59% of all abortions. How do you respond to the charge that the majority of abortion clinics are found in inner-city areas with large numbers of minorities?

8. You describe abortion as a “tragic choice.” If abortion is not morally objectionable, then why is it tragic? Does this mean there is something about abortion that is different than other standard surgical procedures?

9. Do you believe abortion should be legal once the unborn fetus is viable – able to survive outside the womb?

10. If a pregnant woman and her unborn child are murdered, do you believe the criminal should face two counts of murder and serve a harsher sentence?