Obama re-elected. What will it mean for beginning of life policy? 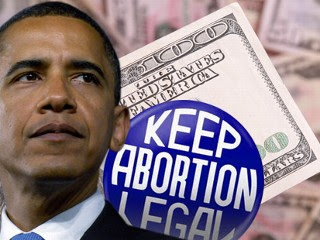 The man whom pro-life leaders have called ‘the most pro-abortion president in US history’ has been re-elected.

Obama’s support for liberal abortion has already been well documented (see here, here and full list of all his actions here).

But what will his re-election mean more generally with respect to issues at the beginning of life? The Hastings Centre in Washington DC has compiled a useful summary.

“[W]e will ensure that our government never opens the door to the use of cloning for human reproduction. It is dangerous, profoundly wrong and has no place in our society, or any society.”

President Obama believes a woman’s health care choices are personal decisions, best made with her doctor—without interference from politicians. He continues to support a woman’s right to choose under Roe v Wade.

The Obama Administration’s Department of Health and Human Services has issued an Advanced Notice of Proposed Rulemaking that “guarantees women access to recommended preventive services including contraception without cost sharing, while ensuring that non-profit religious organizations are not forced to pay for, provide, or facilitate the provision of any contraceptive service they object to on religious grounds.”

“Today, with the Executive Order I am about to sign… we will lift the ban on federal funding for promising embryonic stem cell research. We will vigorously support scientists who pursue this research. And we will aim for America to lead the world in the discoveries it one day may yield…Medical miracles do not happen simply by accident. They result from painstaking and costly research – from years of lonely trial and error, much of which never bears fruit – and from a government willing to support that work… As a person of faith, I believe we are called to care for each other and work to ease human suffering. I believe we have been given the capacity and will to pursue this research – and the humanity and conscience to do so responsibly."

Whatever we may think of Obama’s policy in other areas there is no doubt that his re-election does not bode well for human embryos, pre-born babies and Christian conscience.

Expect this to have an impact not just in the US but also with international funding and policy pushed by American delegates to the UN through groups like IPPF and UNFPA.
Posted by Peter Saunders at 06:28