Social myths about abortion after rape 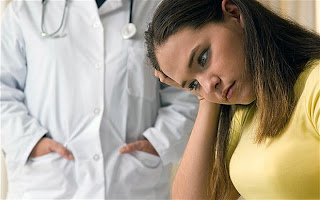 The Elliott Institute has just published a powerful article titled ‘My Rape Pregnancy and My Furor Over Social Myths’ by Deana Schroeder, a member of the Ad Hoc Committee of Women Pregnant By Sexual Assault (WPSA).

She recounts the story of being drugged and raped at 17 and then, after becoming pregnant, being persuaded to have an abortion by family, counsellors and doctors who ‘intended the best’ and ‘wanted to help’.

But the result was to add ‘more layers of trauma, self-doubt, grief and guilt’ to the trauma of the rape itself.

Schroeder argues that ‘they had total confidence in the social myth that abortion is the best option, even the only option, in cases of sexual assault’.

She quotes a national study published in 1996 which found that only half of the estimated 32,000 rape pregnancies which occur each year end in abortion.

The fact that so many women choose to give birth after rape, despite the social expectations and pressure to abort, should give us pause, she says : ‘Why aren’t all rape victims embracing the conventional wisdom that abortion is the best treatment for rape pregnancies?’

A hint, she says, is found in another study of 164 women who had rape pregnancies (conducted for the book Victims and Victors) in which the majority of those who had abortions said it only caused additional problems and the vast majority regretted having abortions.

By contrast, among those who delivered the child, satisfaction was higher and none stated any regret for giving birth.

Some people may remember a powerful testimony from 2008 in the Daily Mail: 'I was raped and left pregnant at 16... but I still love my baby'.

'People have been horrible,' said the mother. 'But that just made us more determined to fight for this innocent little child. She had not asked to be conceived, had she? If I have to, I will say that she was the good that came out of something bad. And I will tell her that, however she came to be, I have never ever regretted having her, and I would not be without her for the world.'

With abortion after rape - the issues and emotions involved are not as straightforward as most people presume.