Giles Fraser says conservative evangelicals are 'extremists' who should be ignored 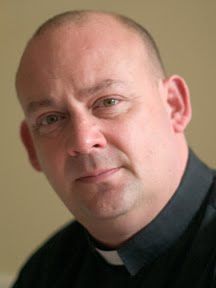 Giles Fraser is a Church of England priest who was Canon Chancellor of St Paul's Cathedral from 2009 until 2011 and is now the parish priest at St Mary's, Newington.

He contributes to BBC Radio 4's Thought for the Day and writes a weekly column in the Church Times.

In an article he wrote for the Independent in 2008, ‘Enough is enough. The extremists must be confronted’, Fraser argued that the Church of England ‘is fundamentally a theological peace treaty’ which was created so that ‘those of widely different philosophies could kneel together and worship God through the appropriately named Book of Common Prayer’

It is perhaps worth noting at this point that the imposition of the prayer book in 1662 led to over 2,000 dissenting ministers being expelled from the church in the ‘great ejection’ meaning that they were not included amongst 'those of widely different philosophies'.

Fraser says that this ‘peace treaty’ idea, however, was not exported abroad with the result that Anglicans in many other parts of the world are ‘hotter and more ideological’.

‘Conservatives’, he argues, have now ‘decided that they can exploit the deep homophobia of many African Christians in order to stage a coup for the soul of the church’. ‘Suddenly’, he says, ‘we are once again fighting the unresolved battles of the Reformation, with narrow-minded puritans seeking to impose their joyless and claustrophobic world-view on the rest of the church’.

He concludes, ‘the open space that is the traditional mark of the English church is being undermined by a determined minority of well-funded extremists. It is time for (Archbishop Rowan Williams) to fight back.’

He writes about ‘conservative evangelicals’ with even more passion in the Guardian this week, this time on the subject of women bishops.

The article is provocatively titled ‘The puritans who scuppered female bishops revel in our criticism of them’ and argues that ‘Conservative evangelicals cannot be argued with. The more we say they're wrong, the more convinced they become they're right.’

In case you missed it, the Church of England voted last week on whether to allow the appointment of women bishops. Of the three houses in General Synod, two, those of bishops and clergy backed the move by large majorities, but the house of laity failed by just six votes to achieve the two thirds majority required and the motion accordingly failed.

The 74 members of the laity who voted against were largely anglo-catholics or conservative evangelicals.

‘I am trying to paint a picture of the mentality of conservative evangelicals, the people who have recently scuppered the female bishop legislation, without invoking the standard caricature of these modern-day puritans as life-denying fun-sponges obsessed with being right and with other people not having sex. Not that this latter image is all that far from the truth…. the more we laugh at puritans, the more it confirms their worldview (that) the more hated you are, the more right you are… (this) is why the opprobrium that is currently being poured upon conservative evangelicals for voting against women bishops will make no difference whatsoever. It confirms them in feeling right.’

He goes on to accuse conservative evangelicals of experiencing ‘as some sort of secret pleasure’ the fact that ‘they have put a spanner in the works for everyone else… For the essence of the puritan mindset is revenge – as Nietzsche accurately described it, the revenge of the bullied who are subconsciously getting back at those who once made their life a misery.’

‘So what can be done?’ he concludes:

‘Argument is pretty useless. Conservative religious people are generally locked in a self-referencing worldview where truth is about strict internal coherence rather than any reaching out to reality… So rather than laugh at them or argue with them, the best thing is probably ignore them.’

I am not currently a member of an Anglican church (the fellowship to which I belong was thrown out of the Anglican communion 350 years ago)and am not here expressing an opinion on the issue of women bishops, but I am deeply concerned about what I see as a growing trend within the wider church to marginalise and sideline conservative evangelicals as ‘extremists’ who are not capable of intelligent debate.

I know personally several members of synod who in good conscience exercised the democratic right the church grants them to vote against women bishops. They came to their view in good faith after careful examination of the Scriptures and argued their position in democratic debate. They do not share Fraser’s views, but they are equally members of the Church of England and hold their views with sincerity and conviction. Fraser, it seems, would prefer it if they were not members of the church at all.

Last October, when Occupy London based their protest against capitalism outside St Paul's Cathedral, Fraser said that he was happy for people to ‘exercise their right to protest peacefully’.

He then resigned as he could not sanction any policy of the chapter of St Paul's to use force to remove the protesters. He defended his actions by saying that ‘The Church should not put its name to any course of action that may lead to violence against the protesters. I can't in conscience go down the road on which they are embarked.’

Fraser seems to apply two different sets of rules to these two groups. ‘Anti-capitalism’ protestors outside the church are to be treated with the greatest respect. In fact any move to stop them protesting is a resigning issue for him.

But by contrast, when dealing with ‘conservative evangelicals’ within the church, it is justifiable to mock and ridicule their sincerely held views, accuse them of ulterior motives, misrepresent their beliefs, attack their characters and, rather than try to understand and engage with their arguments, encourage others to ignore them.

Fraser is perfectly entitled to hold and express his personal views and his frustration that all others do not share them is perhaps understandable. But demonising one’s opponents in a national newspaper, rather than engaging seriously with their arguments, is not a constructive way forward even for worldly politicians.

It will rather serve only to exacerbate existing tensions.