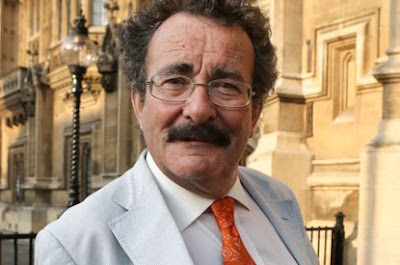 Robert Winston is an English professor, medical doctor, scientist, television presenter and politician who was an early pioneer in developing treatments for infertility.

He has recently become an ambassador for a new charity called ‘Saying Goodbye’ which has just launched a series of remembrance services in Britain’s cathedrals for families who have had miscarriages.

These have generated huge interest and I gather that hundreds of people are attending to remember the babies they have lost.

I was interested to see a lengthy quote from Robert Winston on the ‘Saying Goodbye’ website which acknowledges in very strong terms the humanity of the baby in the womb.

I guess this is not surprising as many mothers I know who have had a miscarriage talk about ‘losing a baby’ in the same way that pregnant mothers generally talk about ‘my baby’.

I don’t think I have ever heard a pregnant woman talking about ‘my fetus’ or ‘my embryo’ although arguably this is the more correct medical term.

In like manner I have never heard an obstetrician saying ‘your fetus’ when referring to a woman’s pregnancy in an antenatal clinic. It is always ‘your baby’.

There are about 80,000 miscarriages every year in England and Wales and few families have not been touched by this kind of loss.

As one who has personally lost both siblings and a daughter in this way I welcome and applaud Lord Winston's backing for this valuable initiative.

Here is his full quote from the ‘Saying Goodbye’ website. The emphasis is mine.

‘Miscarriage is often something that’s not acknowledged or talked about in the UK, and people certainly do not appreciate how utterly distressing it is for women, and indeed their extended families.

It’s a loss of a precious life, and whether the loss happens in early or late pregnancy it’s traumatic, and a natural grief process must be allowed to happen.

Sadly a lot of doctors and nurses see miscarriage on such a regular basis, the right support and follow up advice is just not offered, which results in the vast amount of women never coming to terms with losing their baby, and sadly they are not able to move forward with their lives as they become stuck in a cycle of grief.

I am delighted to be an ambassador for a marvellous new organisation called 'Saying Goodbye'. Following losing five babies themselves, Zoe and Andrew Clark-Coates, the directors of CCEM, decided to launch the first national set of commemorative services, which will allow families to come together to mourn their babies.

I hope that these services will be a turning point in the nation, and through this new organisation miscarriage will become more widely understood, and families will know that their pain and loss has been heard and recognized.’