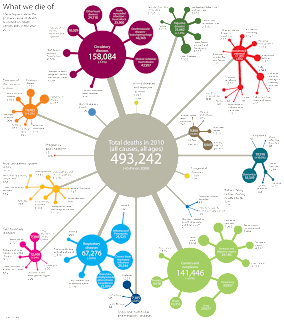 Last month I posted a blog titled ‘27% of all human deaths in England and Wales are due to abortion’.

They used the graphic above left to illustrate it with the largest circles representing the 158,084 deaths from circulatory diseases, 141,446 from cancers and neoplasms and 67,276 from respiratory diseases.

I pointed out that it did not include the 189,574 induced abortions that took place in England and Wales that year and that, if one reworked the figures, these actually constituted 27% of all deaths – over one in four.

Another blogger, Mark Whalley, told me that he had earlier reworked the graphic to include abortions and posted it on his own website. 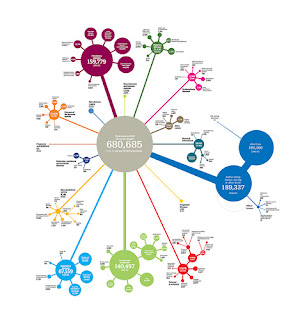 I have reproduced Mark’s revision here showing abortions (blue circles on right) as the biggest cause of death.

Mark made the point on my blog that I should also include miscarriages and another correspondent suggested that if I did so it would make my figures ‘less polemic’.

It is impossible to know the actual numbers of very early miscarriages or chemical abortions, those occurring without a lost menstrual period, and estimates vary widely based largely on guesswork. At best we could have only a very rough estimate.

In addition there are no national statistics for Britain are published on ‘miscarriages’ but a BMJ article has calculated them at 70,000-90,000 per year in England and Wales. So let’s say approximately 80,000.

So of all human deaths this year induced abortions constituted roughly 24.8% and miscarriages 10.5%.

So in total 35.3% of all human deaths – over one in three - were preborn babies.

Now this is where it gets interesting. 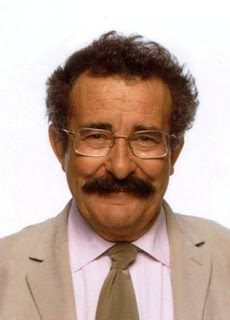 Professor Lord Robert Winston (left) has recently given his support to a new charity running remembrance services in Britain’s cathedrals for families who have had miscarriages. He writes:

‘Miscarriage is often something that’s not acknowledged or talked about in the UK, and people certainly do not appreciate how utterly distressing it is for women, and indeed their extended families. It’s a loss of a precious life, and whether the loss happens in early or late pregnancy it’s traumatic, and a natural grief process must be allowed to happen.’

I agree with him that miscarriage is not talked about enough and that it involves the loss of a precious life.

But if the baby who miscarries is precious then doesn’t the same also follow for those babies who die as a result of abortion?

Or have I missed something?
Posted by Peter Saunders at 02:18