Investigation into Liverpool Care Pathway is most welcome 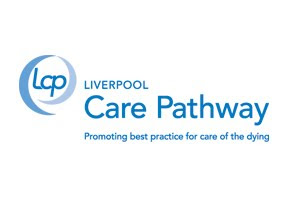 The investigation into the Liverpool Care Pathway announced by Health Minister Norman Lamb is most welcome.

A series of changes to the NHS Constitution to be announced by the Government today, as part of a twelve week consultation, will include giving patients and relatives an explicit right to be consulted at every stage of end-of-life treatment, where possible.

Mr Lamb has also called for a meeting of doctors and patients to discuss worries about the pathway by the end of this month. The Association for Palliative Medicine will be carrying out its own parallel inquiry.

The latest proposals for changes to the NHS Constitution would open the way for hospitals which depart from guidelines to face legal challenges on behalf of patients.

Under the proposals being outlined today, a section of the NHS constitution which says that patients have a right to a general say in their care will be toughened up to make clear they should be ‘involved fully’ in ‘all discussions and decisions’ about their care, adding: ‘including in your end of life care’.

It adds that people should be given special support to help them take it in makes clear: ‘Where appropriate this right includes your family and carers.’

Mr Lamb said shortcomings could potentially be challenged in the courts under new powers for the new Clinical Commissioning Groups.

Personally I welcome these investigations and strengthening of the NHS Constitution aimed at improving care for those in the last hours or days of life.

When used appropriately by skilled staff the Liverpool Care Pathway is a useful clinical tool which has improved the care of thousands of dying patients. But case reports of it being used with patients who are not imminently dying or without families being fully informed have fuelled concerns and need to be fully investigated.

I hope that this inquiry will, lead to better care for dying patients and improved confidence amongst the general public.

The care of the dying needs to be in the hands of people who are fully trained and adequately supervised with regular careful audit to ensure that all patients receive the best care possible and that abuses do not occur.

My recent interview on the pathway for the Daily Telegraph can be accessed here and my previous blogs on the subject are linked below.

Past blogs on Liverpool Care Pathway

1. Is the NHS really killing 130,000 patients a year with the Liverpool Care Pathway?

4. Specialists in Palliative Medicine need to act swiftly to respond to these five key concerns about the LCP

5. Government ministers and MPs wade in on Liverpool Care Pathway