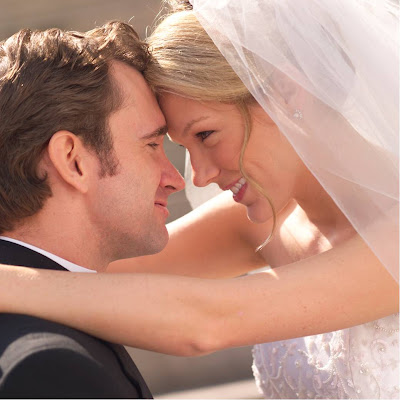 The House of Commons will debate and vote on the Marriage (Same Sex Couples) Bill at second reading on Tuesday 5 February.

If the bill passes that hurdle it will then proceed to committee stage and then third reading which will take place around May.

If it passes through the Commons it will then have to negotiate the House of Lords.

This week I was a joint signatory to a letter calling churches to a day of prayer on Sunday 3 February, which was signed by the CEOs of four organisations – Christian Institute, Christian Concern, CARE and CMF.

A very similar letter has been sent out to all supporters of the Evangelical Alliance.

The reasons for opposing this measure, the myths about same sex marriage, the damage it will do to civil liberties and the stories of people already punished under its legal principles have been previously documented on this blog.

The key objections from a Christian perspective have been concisely summarised this week by Archbishop Peter Smith.

The full text of the letter is below.

Please will you pray earnestly as we enter a crucial period in the campaign to defend the true meaning of marriage?

And can you encourage your church to join our national day of prayer for marriage on Sunday 3 February?

Any day now, we expect the Government to introduce its Bill which seeks to redefine marriage.

But the Bill can’t become law unless it is backed by Parliament – and that is by no means a foregone conclusion.

On the day that the bill is introduced the Government may very well go on a charm offensive, telling the media that people who believe in traditional marriage have nothing to worry about.

But we know that’s not the case. European judges have recently shown that people who believe in traditional marriage can be forced out of their jobs.

On Tuesday 5 Feb, we expect MPs to have the first opportunity to debate and vote on the Bill at what’s called the ‘Second Reading’ stage.

That date may change but, whenever it comes, it may turn out to be a crucial moment in the whole campaign.

We don’t need an outright win at this stage – so don’t worry if the Bill passes this first hurdle – but it is important that as many MPs as possible vote ‘no’.

A healthy ‘no’ vote, even if it’s not an outright majority, will put added pressure on the Government to drop its plans to redefine marriage.

So that’s why we are asking for your prayers. Please pray:

•That as many MPs as possible will vote against the Bill to redefine marriage.

•For David Burrowes MP and others, as they lead opposition to the Government’s plans in the House of Commons.

•For the Coalition for Marriage group as it campaigns to defend the true meaning of marriage.

•For politicians and others in public life to have the courage to stand up for what is right and true.

•For the news media, that they would report the issue widely, fairly, and accurately.

•That the true consequences of redefining marriage would be publicly known and properly discussed.

•That people would not face discrimination, in the workplace or elsewhere, because of their sincere beliefs about marriage.

Open prayer is encouraged, but this written prayer may also be of help:

We thank you for the gift of marriage which you established at the dawn of time, to be a blessing for all generations throughout the earth, down through the ages.

We pray that you would fill each and every marriage with your love and grace, and that every husband and wife would know the joy that comes from sharing and giving.

We thank you for establishing marriage to be a secure and stable environment for raising children.

We pray for all those who do not enjoy those blessings, remembering that you are a father to the orphan and a husband to the widow. We pray, as you have commanded us, for those in positions of civil authority.

We pray that our Government will act with wisdom and righteousness, upholding marriage as the voluntary union of one man to one woman for life, for the good of all people.

We pray for forgiveness for our nation, as our Government seeks to redefine marriage. We pray that these plans would fail.

And we pray for ourselves, that we would speak out in support of marriage with gentleness and kindness, but also with courage and confidence.

In the name of Christ Jesus our Lord we pray.