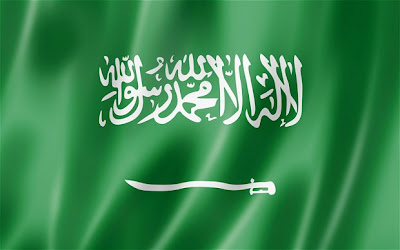 Western commentators have been quick to condemn a Saudi Arabian court this week for allegedly sentencing a man to be ‘paralysed’ for inflicting a similar injury on a friend.

According to the Daily Telegraph Ali al-Khawahir, 24, has been sentenced to ‘Qisas’, or retribution, for allegedly stabbing a childhood friend ten years ago. The attack, which is said to have happened during a dispute, left the victim paralysed from the waist down.

Al-Khawahir was sentenced to be surgically paralysed unless he can pay his victim one million riyals (£180,000) and has spent the last ten years in jail awaiting his punishment. His mother claims that the victim initially demanded two million riyals, but that although this has since reduced to one million riyals, the family ‘don’t have even a tenth of this sum’.

It is said that an unnamed philanthropist is trying to raise funds to pay the money, but it is unclear how much time remains before the punishment is inflicted.

Predictably the sentence has been called ‘grotesque’ by the British Foreign Office (FCO) and ‘akin to torture’ by Amnesty International.

But what is tellingly absent from all the media commentary is any expressed concern for the victim except, ironically, from the mother of the man convicted of the crime.

Al-Khawahir's mother says she feels sorry for the victim, and that he deserves ‘millions in compensation’. The problem is, she says, the Al-Khawahir family is poor and does not have the amount necessary to avoid the ‘eye for an eye’ ruling.

Under British law ‘common assault’ carries a custodial sentence of up to six months imprisonment under the Criminal Justice Act 1988 (section 39) (or up to life imprisonment for grievous bodily harm under the Offences against the Person Act 1861) but the Criminal Injuries Compensation Scheme 2012 also grants payments to victims of violent crime of up to £500,000 per victim to cover injury,  loss of earnings,  special expenses,  bereavement, dependency and funerals.

Given that the average monthly salary in Saudi Arabia is 15,200 SAR (about £2,600) per month, £180,000 doesn’t seem to me to be unreasonable compensation for a serious spinal cord injury by our own British standards in order to cover a lifetime of lost earnings and healthcare costs.

Any just solution in this tragic case needs to include compensation for the victim – and if the perpetrator is unable to foot the bill, and the Saudi government is unwilling to, then why shouldn’t foreign governments and charities step in to help?

I for one would strongly support the British government spending some of its foreign aid money on cases like this. In fact I’d far rather see the Department for International Development (DfID) giving £180,000 to help support a paralysed man in Saudi Arabia than spending  £150 million supporting international abortion providers (!).

Wouldn’t it be amazing if, instead of condemning the Saudis, the British government forked out both to compensate the victim and to save the accused.

Personally I’d be quite content to see some of my tax money used in this way or to respond myself to an appeal to raise the funds if some individual – or some charity - would like to set one up.

An ‘eye for an eye’ (sometimes called the lex talionis) is the principle that a person who has injured another person is penalised to a similar degree or, according to other interpretations, the victim receives the value of the injury in compensation.

It has a long history.  In the famous legal code written by Hammurabi, the principle of exact reciprocity is very clearly used and according to Jewish interpretations the victim in criminal law gets financial compensation based on the law of human equality.

The principle of an ‘eye for an eye’ has its origin in Old Testament Law (Exodus 21:23; Leviticus 24:19; Deuteronomy 24:7) and was aimed primarily at limiting retaliation for injuries (no more than the same injury could be inflicted). However it also established the principle that any punishment should fit the crime.

It was ‘humanised’ by the Rabbis who interpreted ‘an eye for an eye’ to mean reasonable pecuniary compensation but this very principle of financial recompense was itself explicit in the Old Testament.

A person guilty of assault was required to ‘pay the injured man for the loss of his time and see that he is completely healed’ (Exodus 21:19). In other words he paid both for lost income and also healthcare.

For true justice to be done violent injuries should be compensated, and if it’s not possible for the perpetrator to do so, then it makes sense that others should help.

Jesus, of course went one step further in calling on Christians not to demand compensation but to forgive their violent attackers (Matthew 5:38-42). But in saying this he was not saying that wrongs should not be redressed.

Rather he was pointing to the way that God himself was to forgive our sins against himself through taking the punishment we deserved through his death on the cross. Jesus, in other words, stepped in to pay the compensation that we should have paid, but could not afford.

Maybe instead of condemning the Saudis we should be following Jesus’ example. Wouldn’t that be a great post-Easter gesture?
Posted by Peter Saunders at 07:02