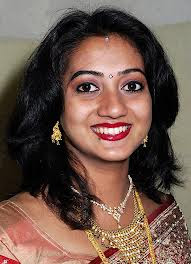 The jury in the Savita Halappanavar inquest has returned a unanimous verdict of death by medical misadventure.

Savita Halappanavar (pictured), 31, was an Indian woman who tragically died in Ireland from overwhelming infection after allegedly being denied an abortion.

Her case has been seized upon by the pro-choice lobby as grounds for liberalising Ireland’s abortion law.

Savita was 17 weeks pregnant when admitted to the University Hospital Galway on 21 October 2012 with an inevitable miscarriage.

At that time a fetal heart beat was detected and doctors opted not to end the pregnancy by inducing labour but instead waited for her to deliver naturally.

Her baby was born dead three days later on 24 October.

Savita died from multi-organ failure from septic shock due to an E coli infection on 28 October, four days after her baby’s birth.

The coroner, Dr Ciaran MacLoughlin, said the verdict of medical misadventure did not mean that deficiencies or systems failures in University Hospital Galway necessarily contributed to Mrs Halappanavar's death; these were just findings in relation to the management of her care.

The chief operating officer at the Galway Roscommon Hospital Group, Tony Canavan, acknowledged that there were lapses in the standards of care provided to Mrs Halappanavar and said that deficiencies identified during the inquest would be rectified by the hospital.

Leading obstetrician Peter Boylan outlined a number of deficiencies in her care, but stressed that none on its own was likely to have resulted in Mrs Halappanavar’s death.

The coroner’s nine recommendations  (summarised below) were strongly endorsed by the jury.

The key recommendation read as follows:

‘The Medical Council should lay out exactly when a doctor can intervene to save the life of the mother in similar circumstances, which would remove doubt and fear from the doctor and also reassure the public. An Bord Altranais should have similar directives for midwives so that the two professions always complement one another.’

The other eight recommendations involved improving hospital systems and procedures.

There are four key questions in this tragic case:

If the doctors had intervened earlier to induce labour when the baby’s heartbeat was still present would Savita have died? Quite possibly not, but at that stage there was no suggestion that her life was in danger.

If they had acted more quickly to diagnose and treat her E coli infection might she have been saved? Possibly. There were several acknowledged errors and omissions made in her care but it is impossible to prove that these led to her death.

Did Savita die because of the Irish abortion law? No, because Irish law already allows abortion when there is a risk to the life, as distinct from the health, of the mother.  Making this judgement, however, sometimes requires considerable skill and experience, which is why clearer guidance from the Irish Medical Council, within the existing law, is to be welcomed.

Does the Irish abortion law need changing? No. As I have previously argued in much more depth on this blog, Savita’s tragic death is not a reason to change the law.

Ireland remains one of the safest places in the world to have a baby. Its maternal mortality rate is just six deaths per 100,000 live births. This compares with 12 in the UK, 15 in the US and 200 in India.

As there are about 75,000 live births a year in Ireland this means that there is an average of just four maternal deaths per year from all causes.

Savita’s death was indeed a tragedy and there was medical misadventure involved in her care, but we should be very wary of knee-jerk legislation. It is far better to handle exceptional circumstances like this by way of guidance from the Medical Council.

Ending a pregnancy to save the life of a mother by inducing labour when the baby is too young to survive outside the womb is sometimes necessary in extremely rare circumstances.  But this is already legal in Ireland.

Changing the law in Ireland to that of the UK would not save any mothers’ lives but instead would lead to around 11,000 more abortions annually.

The baby in the womb is the most vulnerable of human beings, worthy of wonder, respect, care and protection. The law should reflect that fact whilst allowing intervention to save one life (the mother) in cases where not intervening would mean that two lives (both mother and baby) are lost.

Summary of Coroner’s recommendations (from the Independent):

* The Medical Council should say exactly when a doctor can intervene to save the life of a mother, which will remove doubt or fear from the doctor and also reassure the public;

* Blood samples are properly followed up;

* Protocol in the management of sepsis and guidelines introduced for all medical personal;

* Proper communication between staff with dedicated handover set aside on change of shift;

* Protocol for dealing with sepsis to be written by microbiology departments;

* Modified early warning score charts to be adopted by all staff;

* Early and effective communication with patients and their relatives when they are being cared for in hospital to ensure treatment plan is understood;

* Medical notes and nursing notes to be kept separately;

* No additions or amendments to be made to the medical notes of the dead person who is the subject of an inquiry.
Posted by Peter Saunders at 14:51