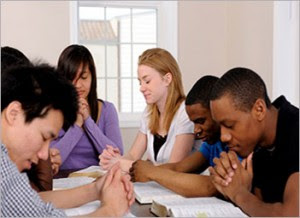 Leaders of ethnic churches in Britain have today said that the government is ‘creating a legal fiction’ and ‘not respecting difference’ in its move to legalise same sex marriage.

The statement is a significant new step in opposition to the Marriage (Same Sex Couples) Bill, which reaches report stage in the House of Commons on 20 May.

It is also a huge further blow to David Cameron's coalition government in the lead up to the local elections on 2 May and shows that he is alienating and marginalising the very minorities he claims to be anxious to reach.

Already over 650,000 people have signed the Coalition for Marriage petition against the bill. The letter, published in today’s Daily Telegraph, is reproduced below.

SIR – The Government is forcing through fundamental changes to the nature of marriage, and has failed to think through the consequences properly. We are leaders of large, ethnically diverse denominations in Britain – growing churches. Instead of hearing our concerns, the Government is taking direction from tiny faith groups to infer backing for its plans.

If the Government gets its way, it will not be a victory for equality. Equality requires diversity, and diversity requires distinctiveness, and marriage is and always will be distinctively a union between a man and a woman. By changing marriage from its historic foundation it would be creating a legal fiction, and consequently devaluing this vitally important social institution. The Government is not respecting difference, and it is not promoting a plural society.

The people of Britain need to have their say. These plans were not in any party’s manifesto, and if the Government had any respect for democracy it would allow a referendum before making fundamental changes to the nature of marriage.