The Qur'an is facing a blistering attack from contemporary scholarship 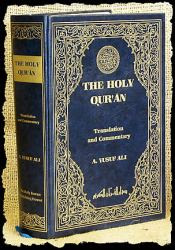 Muslims are quick to criticise the Bible’s authenticity and authority; and make the most of the writings of liberal Christian scholars in doing so. But what of their own scriptures? The Qur’an has, in the past, been protected by a kind of doctrinal embargo - but now its historicity, claimed inimitability and historical accuracy are facing a blistering attack from contemporary scholarship.

According to Muslim tradition the Qur’an was received by Muhammad between AD 610 and 632, recorded by his companions, collected by Zaid-Ibn-Thabit, standardised by Uthman the third Caliph, and then distributed to Baghdad, Medina, Basra, Kufa and Damascus in AD 646-650.

Where then are the original manuscripts? The Qur’anic manuscripts Muslims regard as their earliest; the Topkapi manuscript in Istanbul, Turkey, and the Samarkand manuscript in the Soviet State Library in Tashkent, Uzbekistan, bear the marks of a date of authorship of ~AD 850. They are written in a form of Kufic script which arose in the Abbasid period (~AD 750-850) and are adorned with 9th century embellishments.

The oldest Qur’an, according to forensic dating, is in the British Library. It dates to around AD 790; almost 150 years after Muhammad’s death.

Muslims defend their inability to produce early manuscripts by saying that the Qur’an was originally passed down orally and that early copies have disintegrated. But Muslim tradition itself tells us that the Qur’an was written down 20 years after Muhammad died and we have other Arab literature that has survived from the 7th century. We know that there were secretaries during the Ummayad Dynasty (AD 660-750) and that Muhammad himself worked on a caravan where written records of transactions would have been kept.

The defence of disintegration can be applied to the early New Testament documents which were written on papyrus. However the earliest Qur’ans were written on parchment, a far more robust material. Many of the early Christian parchment manuscripts (such as the Codex Vaticanus, Codex Alexandrinus and Codex Sinaiticus) have been preserved in extremely good condition despite predating the Qur’an by several centuries.

The missing manuscripts are a huge embarrassment to Islam and raise serious questions about whether what Muslims now have are accurate copies of the original. Some scholars are proposing that the Qur’anic text was not standardised until the Abbasid period (AD 750).

The Qur’an bases its claim of divine authorship on its supposed inimitability. Christians who question the book’s origin are challenged to ‘Bring then a Sura (chapter) like unto it’ (Sura 10:38). The Qur’an’s literary beauty is supposed to prove that it could not have been ‘produced by other than Allah’ (S 10:37).

But is the Qur’an beautiful? Many genuine seekers find its haphazard arrangement, jumbled chronology and endless repetition an insurmountable obstacle. Muslims usually object that the real beauty can only be appreciated in Arabic; and yet great works of literature like Solzenitsyn’s Gulag Archipelago and the Hebrew Psalms retain their beauty in English translation. (If in doubt compare Psalm 23 and Sura 109 in English translation and judge for yourself).

Even if we give the Qur’an the benefit of the doubt, is beauty proof of divine origin? Many people would agree that Shakespeare’s plays, Hopkins’ poetry and Vivaldi’s music are magnificent. Indeed, they may lead us to worship God as the giver of such creative talent, but we don’t therefore conclude that only God’s supernatural dictation could have produced these works of art.

In any case, beauty is to some extent subjective an the final judges will always be Muslims, duty-bound to reject any challenge out of hand.

Gerhard Nehls has produced an impressive list of ‘beautiful suras’ in English in his book Christians ask Muslims as noted in the last issue of Isa Masih. A selection of Arabic suras was recently removed from the internet after America On Line faced a barrage of Muslim protests.

Those reading the Qur’an for the first time cannot help but be struck by the number of stories about biblical characters which do not tally with what we know from other historical sources. The usual Muslim defence is to say that the Bible has been changed [but see article on 'Your Bible has been corrupted'- Ed]. However, now we are beginning to identify the real sources for the Qur’an’s mythology.

The account of a raven showing Cain how to hide his brother’s body (S 5:30-32) has its origins in the Targum of Jonathan-ben-Uzziah, the Targum of Jerusalem and the Pirke-Rabbi Eleazar; all apocryphal Jewish writings from the Talmud dating from AD 150-200.

The story of Abraham breaking the idols (S 21:51-71) comes from a set of second century Jewish folktales called theMidrash Rabbah; and the bizarre account of the Queen of Sheba lifting her skirts to walk across a mirrored floor (S 27:44) is derived from a second century apocryphal document called the Targum of Esther.

The contradictions in the Qur’an are well recognised and have been extensively documented elsewhere.

But perhaps even more damaging to Islamic beliefs about the Qur’an are the factual errors that litter the text. Mary, rather than the Holy Spirit, is identified as the third person of the trinity in Sura 5:119. She is also called the sister of Aaron (Moses’ brother) despite the fact that the two lived 1,500 years apart in history (S 19:28).

We are told in Sura 20:85-87 that a Samaritan was responsible for casting the golden calf of the Exodus, when in fact the Samaritans did not come into existence until after the Jewish exile hundreds of years later. In a similar vein Haman (Esther’s Persian enemy) is identified as a servant of the Egyptian pharoah at the time of Moses.

Once we appreciate that the Bible was not available in Arabic until the mid eighth century, it becomes clear how such glaring fallacies may have found their way into the Qur’an through corrupted oral tradition and hearsay.

Could God really be responsible for a book for which there is so little early manuscript evidence and containing so many inaccuracies? Surely the evidence speaks for itself.
Posted by Peter Saunders at 13:15

Email ThisBlogThis!Share to TwitterShare to FacebookShare to Pinterest
Labels: Islam