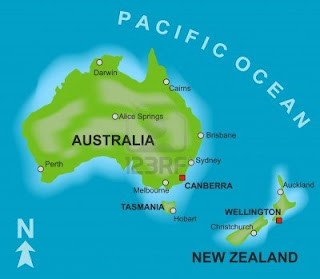 Australian members of parliament overwhelmingly rejected a bill that would have legalised gay marriages in September 2012 when the House of Representatives voted 98 to 42 against.

But New Zealand's parliament legalised same-sex marriage this week by a wide majority of 77 to 44, in the process becoming the first country in the Asia-Pacific region to do so.

In so doing it becomes the 13th country in the world to approve the measure joining the Netherlands, Belgium, Spain, Canada, South Africa, Argentina and Uruguay.

So why should two countries with such a similar history, culture and ethnic profile come to such different conclusions? Indeed, given that Australia’s government is left of centre and New Zealand’s right, one might have reasonably expected the very opposite result.

The answer seems to boil down to leadership.

Both parliaments allowed a conscience vote but in New Zealand legalisation had the backing of both the Prime Minister John Key and leader of the opposition David Shearer.

By contrast in Australia both Prime Minister Julia Gillard and opposition leader Tony Abbot voted against the bill.

Australian Marriage Equality national convener Rodney Croome has said that he expects as many as 1’000 gay couples will now cross the Tasman to get married: ‘Now that marriage equality is only three hours away there will be a flood of couples flying to New Zealand’.

But the Australian PM has remained adamant in her opposition telling a gay marriage supporter, ‘I doubt we're going to end up agreeing, I'm sorry’.

The fact that UK political leaders David Cameron, Ed Miliband and Nick Clegg are all strongly in support of legalisation means that the battle to stop it in the UK was always going to be hard fought.

But it is by no means over yet.

The opposition in Britain has been huge and the loss of support to the conservative party over the issue and the resignation of Cameron’s key advisor (and same sex marriage enthusiast) Andrew Cooper last week means that there is still everything to play for as the battle enters the House of Lords in June.

Ironically, Cooper’s resignation seems to be linked to Australian Lynton Crosby now being at the helm to secure the next election for the Tories.

Crosby has a past record of helping Boris Johnson and Australian PM John Howard to victory in the past and will no doubt be advising the British PM that same sex marriage is a vote loser.

There is no doubt that Cameron’s chances of winning the next election have been damaged by his support for gay marriage.

But if he backs down now his campaign to legalise it will lose huge momentum.

I wonder what he cherishes more – to win a reputation as a ‘moderniser’ or to hold on to political power.

Achieving both is looking increasingly not to be possible.