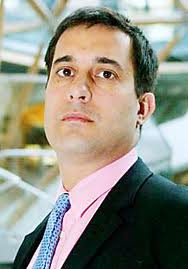 A new group of ‘health professionals' has this week joined the growing number of ‘societies’ and ‘forums’ seeking legal permission for doctors to assist with suicide.

‘Healthcare Professionals for Change’ follows on the heels of Libby Wilson’s FATE (Friends at the End), Michael Iriwin’s SOARS (Society for Old Age Rational Suicide), Philip Nitschke’s EXIT International and the Secular Medical Forum (also founded by Michael Irwin) in pushing for a change in the law which would allow doctors to end the lives of patients in their care.

The group’s leader, Oxford GP Ann McPherson, initially claimed a membership of twelve (which although a small number would have made it larger than most of the aforementioned) but this seems now to have grown, judging by the ‘supporters’ page on its website, to around 100 (a figure still only representing about 0.05% of the country’s estimated 200,000 doctors).

Prominent amongst HPFC’s supporters are several well known campaigners for the liberalisation of the law on assisted suicide and abortion. These include former MP Evan Harris, Simon Kenwright, Wendy Savage (who leads a similar doctors’ pressure group on abortion), David Paintin and Ray Tallis.

Evan Harris (pictured) has campaigned for some years for the legalisation of assisted suicide through both the British Medical Association and also as a back-bencher in Parliament, but with little success. Interestingly he lost his West Oxford and Abingdon seat in the general election earlier this year on a large swing to a candidate who opposed his views on a number of ethical issues.

Ray Tallis held the influential position of chairman of the Ethics Committee of the Royal College of Physicians (RCP) when that organisation went briefly neutral on the issues in 2005. After he had vacated the chair, and just before the debate on Lord Joffe’s Assisted Dying for the Terminally Ill Bill in May 2006, the RCP reverted to opposing any change in the law after seeking the opinions of its members, a position it has held ever since.

Sir Richard Thompson, currently President of the Royal College of Physicians, responding to the launch, has just this week eloquently outlined the reasons why a clear majority of the College’s members still do not support a change in the law.

They are in good company. Other official doctors’ bodies opposing any change in the law to allow assisted suicide or euthanasia are the British Medical Association (BMA), the Association for Palliative Medicine (APM), the British Geriatric Society (BGS), the Royal College of General Practitioners (RCGP) and every other Royal Medical College that has expressed an opinion on the matter.

The British Geriatric Society earlier this year issued a strong statement on assisted suicide which outlines its concerns about how a change to the law would remove protection from vulnerable elderly people. The full statement is most worthy of study by all who take an interest in this debate, especially given that the media seem to give far more column inches and broadcast time to groups such as Dr McPherson’s than they do to the official bodies which represent the majority of doctors.

HPFC is, perhaps not surprisingly, being sponsored by the pressure group Dignity in Dying (formerly the Voluntary Euthanasia Society) whose Chief Executive, Sarah Wootton, has said: ‘It’s a real move forward. It’s important for doctors to be able to challenge the views of the BMA and other medical bodies. They need to be able to represent a wider viewpoint.’

This is a rather curious statement given that the minority of doctors who support assisted suicide and euthanasia have been trying to change BMA policy for years, and have been consistently unsuccessful precisely because they do not represent the more widely held viewpoint that doctors should not be involved in assisted suicide and euthanasia and that any law legalising either practice would pose grave dangers for vulnerable elderly and disabled people.

Dr Christopher Hufeland, Goethe's doctor, warned in 1806, ‘The physician should and may do nothing else but preserve life. Whether it is valuable or not, that is none of his business. If he once permits such considerations to influence his actions, the doctor will become the most dangerous man in the state.’

The words of the Hippocratic Oath on the matter, ‘I will give no deadly medicine to anyone, nor suggest such counsel’ are thankfully still supported by a majority of doctors today.

As I suggested a couple of weeks ago, we need to remember that there have always been a minority of doctors who support euthanasia, but they are only a minority.
Posted by Peter Saunders at 16:58