In a democratic society even free speech has its limits 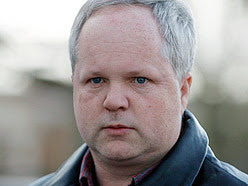 Minnesota defence attorney Terry Watkins plans to argue that former nurse William Melchert-Dinkel, 48, was exercising his First Amendment right to free speech when he assumed a false identity as a depressed teenager contemplating suicide and urged the victims to kill themselves online.

Kajouji jumped into the Rideau River in April 2008.

There is also evidence that Melchert-Dinkel contacted at least 20 people in online chat rooms devoted to suicide. He was sentenced last month to 360 days in jail.

He has remained free since the conviction and will remain so until the appeal is heard. It's not yet known how quickly that will happen. Kajouji's family have understandably decried the short sentence as an injustice.

So assuming a false identity in order to seduce vulnerable people to commit suicide in front of a web can so you can watch them die is free speech? Yeah right!

Let's work to stop the internet promotion of suicide and let's be thankful for the Coroners and Justice Bill tightening up the law in the UK in 2009 to stop this sort of nonsense.
Posted by Peter Saunders at 14:44