My letter to Jeremy Hunt about BBC media portrayal of suicide 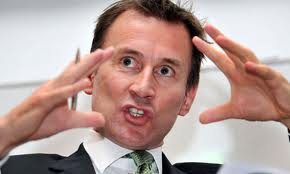 Whilst the BBC has issued a statement denying bias in its media coverage of assisted suicide (as expected!) it has not yet addressed the matter of suicide contagion. That in itself is very interesting given that the issue has huge media coverage all over the world in the last week. Here is my letter to Mr Hunt:

The Secretary of State for Culture, Olympics, Media and Sport

I am writing to ask you, as Secretary of State for Culture, Olympics, Media and Sport, to carry out an urgent investigation into the way assisted suicide is covered by the BBC and its link to English suicide rates.

The television programme, ‘Choosing to Die’, featuring celebrity author Terry Pratchett and scheduled to be shown BBC2 at 2100 on Monday 13 June, features the death on screen of a British man, Peter Smedley, at the Dignitas facility in Zurich. The programme has already had a huge amount of advance media publicity.

On the basis of its reported contents, it breaches international and national guidelines on suicide portrayal. As such it poses a significant risk to vulnerable people and, on the basis of available evidence, it is highly likely that copycat suicides will follow the screening.

The BBC editorial guidelines note that ‘factual reporting and fictional portrayal of suicide, attempted suicide and self-harm have the potential to make such actions appear possible, and even appropriate, to the vulnerable’.

The WHO recommendations to media professionals include the following:

•Avoid language which sensationalizes or normalizes suicide, or presents it as a solution to problems
•Avoid prominent placement and undue repetition of stories about suicide
•Avoid explicit description of the method used in a completed or attempted suicide
•Avoid providing detailed information about the site of a completed or attempted suicide
•Exercise caution in using photographs or video footage
•Take particular care in reporting celebrity suicides

Over this same period, and previously, the BBC has granted an international platform to many personal accounts about assisted suicide. Cases are often highlighted in painstaking detail featuring long personal interviews and often with substantial extraneous information about the individual’s personal life.

Contrary views are either not expressed, or are at best relegated to single sentence reactionary sound-bites. This creates the false impression that the small minority these cases constitute are somehow representative of all people facing suffering or death.

The programme which the BBC intends to screen on Monday constitutes a major risk to vulnerable people and may also be in breach of the Suicide Act 1961 which was amended in 2010 by the Coroners and Justice Act, making it illegal to ‘encourage or assist’ the suicide of another person. This new wording was adopted specifically to counter the encouragement of suicide by media or internet amidst concerns following the Bridgend cluster of suicides in 2007.

It is noteworthy that the national suicide prevention strategy for England, launched in 2002, is failing dismally to reach its targets. In addition no annual reports seem to be available since 2008.

I attach further reference information and look forward to hearing from you at your earliest convenience.