A footnote on Falconer 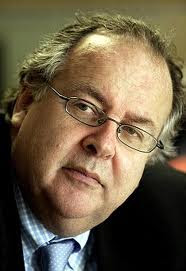 I posted yesterday the transcript from Charlie Falconer’s disastrous interview with Radio Four’s Ed Stourton, where the noble Lord was forced to concede that his commission on assisted dying was stacked full of the usual suspects and was tied in verbal knots trying to explain how it was still going to deliver an objectively written report.

I didn’t mention in my earlier expose of the committee membership (because it hadn’t happened at that stage) that the only MP on the commission, Penny Mordaunt, is now chair of the All Party Parliamentary Group on Choice at the End of Life.

‘Choice at the end of life’ is a euphemism for ‘assisted suicide and euthanasia’ and this is a huge conflict of interest for Ms Mordaunt. But of course, as Lord Falconer has assured us, she like all the other members of his committee, nine of whom are outspoken advocates for a change in the law, will make their decisions ‘solely based on evidence’.

The Secretariat (and I would guess the funding too) for this august body is provided by none other than Dignity in Dying (formerly the Voluntary Euthanasia Society). This All Party Group has a membership list which reads like a ‘who’s who’ of assisted suicide enthusiasts (Lord Joffe, Baroness Jay, David Winnick, Lord Warner, Earl of Arran, Lord Goodhart, Baroness Greengross, Caroline Lucas etc). The only one notable by his absence is Charlie Falconer himself.

Take good note of these names. When Falconer’s committee publishes its (surprising) conclusion that a new bill with ‘robust safeguards’ should be brought forward to legalise ‘assisted dying’ for ‘mentally competent terminally ill adults’ (with all the key terms rather loosely defined) this group will provide the prime movers and shakers taking it forward. It is in reality the political wing of the Voluntary Euthanasia Society.

Finally, I was greatly saddened to see the report in the Daily Mail about the man with multiple sclerosis, followed by Terry Pratchett in his recent ‘documentary’, who was helped to kill himself at the Dignitas facility in an industrial estate outside Zurich for the cost of his life savings of £10,000.

The title tells it all, ‘My brother took 90 minutes to die at Dignitas': What the BBC didn't reveal in controversial Pratchett documentary’. It is a chilling read.

I suspect there is a lot more that the BBC did not reveal – but that is what propaganda is all about.
Posted by Peter Saunders at 14:50