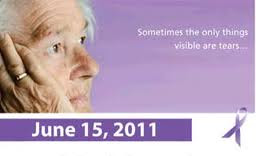 You are unlikely to read about it in the British press, but today, 15 June, is World Elder Abuse Awareness Day.

While most people today are aware of child abuse, it was not always so. Indeed, the concept was only developed in the 1960s. But that development has proven enormously important, as it has allowed us to focus our resources and energy on combating the problem.

Fifty years after child abuse first entered the public consciousness, another phenomenon is just coming to the attention of the public: elder abuse. Research suggests it is widespread and traumatic.

A recent report by the Care and Social Services Inspectorate for Wales shows a 9% rise in the number of adult protection referrals in 2009-10. Around 5,000 cases of abuse are being investigated in Wales every year, the majority of those cases involving older people.

On a regular basis we see media coverage about older people being mistreated. Elder abuse takes place in many different settings – for example, the older person’s home, care homes, nursing homes and hospitals. It happens when an older person’s human rights and dignity are violated. It can come through financial scams, physical attacks, sexual abuse, psychological abuse or neglect. The perpetrators are often in a position of trust and have control of the life of the older person.

Financial exploitation of a vulnerable adult can occur:

1. Without the elder’s knowledge
2. By trickery, intimidation, or coercion, or
3. When the elder is too confused to give informed consent 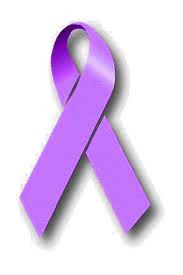 It is often argued that legalising euthanasia or assisted suicide would be a recipe for elder abuse. Given the vulnerability of many older people, who already feel themselves to be a financial, emotional or care burden on others, this is a powerful reason for not changing the law.

I’ll leave the last words to Mark Cheesman, in a Triple Helix article on the subject:

The Scriptures do not hold older people up as infallible, and are honest about the besetting sins and faults of old age. But they also see them as given to the younger people for their profit, just as the younger ones are given to the older folks.

It is a stark fact that many non-Christian communities esteem their elderly people far more than does the Western church. We should main-stream the older people in our churches: honour and make space for their input, and seek their prayers and wisdom. We should make many fewer mistakes if we did! And old people would feel much better about themselves, and be spurred on to greater things rather than just feeling a waste of space.

The International Network for the Prevention of Elder Abuse

Financial exploitation of the elderly