BMA still not listening to public or science on late abortion 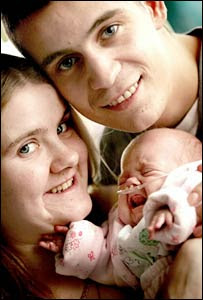 On Tuesday 28 June the British Medical Association annual representative meeting voted against a motion which sought to provide legal protection for babies at the threshold of viability by a two to one majority.

The motion, proposed by John O'Driscoll of the Worcestershire division, read as follows:

’ That this Meeting believes that the legal limit for termination of pregnancy, in the absence of foetal abnormality, should be reduced from 24 to 20 weeks gestation.’

Delegates were clearly influenced in their decision to reject the motion, both by a seven page briefing paper produced by the BMA (which was seriously unbalanced in its presentation of the scientific data) and also by the fact that both chairman of council Hamish Meldrum and chairman of ethics Tony Calland opposed it.

In 2010 there were 189,574 abortions carried out on residents of England and Wales but only 2,744 of these involved babies 20 weeks or over. Of these 792 (about 35%) were for foetal abnormality leaving 1,936 able-bodied babies aborted between 20 and 24 weeks. Every single one of this latter group was aborted under ground C, which in 98% of cases means protecting the mental health of the mother.

This motion was very modest in scope. It was simply about providing legal protection for about 2,000 British babies a year at the lower threshold of viability and would have reduced the number of abortions in this country by about 1%.

If the BMA had passed the motion it would have demonstrated that doctors were beginning to listen to the British public and the wider profession on this matter. Nearly two thirds of the public and more than three-quarters of women support a reduction in the 24-week upper age limit. 76% of the public think that aborting a baby at six months is cruel. Furthermore a 2007 poll by Marie Stopes International found that two thirds of GPs wanted a reduction from 24 weeks.

We have all seen Professor Stuart Campbell's high resolution 4D ultrasound images of babies 'walking’, swallowing, coughing, hiccupping from 12 weeks gestation and experienced how mothers bond emotionally to their babies as a result of these scans.

The public also know about individual high profile cases like Manchester's Millie McDonagh (pictured), born after a 22-week pregnancy and the world's most premature baby, Amillia Taylor, who was born a week younger in the US. Experts may argue about survival figures and about comparisons between population-based studies like EPICure and those from top neonatal units but the fact remains that some babies do actually survive below 24 weeks.

Passing motion 304 would have given more legal protection to 2,000 babies a year; just 1% of the total. It would have put clear blue water between the upper abortion limit and the lower threshold of viability. And it would have shown that the BMA was beginning to listen. Unfortunately they are not.
Posted by Peter Saunders at 10:37