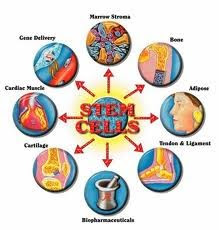 It has been an amazing week in the field of stem cell technology with five big stories hitting the news all at once. New doors of therapeutic promise are opening whilst at the same time other doors are slamming shut.

I recently highlighted a New Scientist editorial, ‘In praise of stem-cell simplicity’, which gives a fantastic overview of exciting new avenues in ethical stem cell research which are opening up. But the speed of new developments has increased by leaps and bounds just in the last few days.

Stem cells are naturally occurring cells in the body which have the capacity to develop into a variety of specialist cells. They have been recognized for well over a decade as having huge potential in the treatment of diseases where is there is tissue or cell loss – such as diabetes, Parkinson’s disease, spinal injury and heart disease.

The reason stem cells are so controversial is that the harvesting of embryonic stem cells involves the destruction of existing embryos and yet some British scientists have for years maintained that they are essential for research.

On the other hand, other scientists have argued that stem cells derived from ethical sources (adult stem cells, umbilical stem cells and induced pluripotent stem (iPS) cells) are safer than embryonic stem cells and have greater therapeutic potential.

Both adult stem cells (from bone marrow and other body tissues) and umbilical stem cells are already used in treatment for a wide variety of haematological and other conditions. By contrast the first clinical trials using embryonic stem cells have only just recently begun.

In addition to this iPS cells, which appear to have all the characteristics of embryonic stem cells, can now be produced by stimulating ordinary body cells to revert to an earlier developmental stage without having to destroy embryos.

What has happened this week is that there have been some fantastic advances in using stem cells from ethical sources whilst at the same time a huge setback for embryonic stem cell technology. It appears that ethical stem cell research is opening more and more doors whilst unethical research using embryos is foundering. These developments are another nail in the coffin for the misinformation and hype that the British public have been fed by the British press on these issues for so long.

For the first time, adult stem cells from patients’ own hearts have been shown to improve heart failure.

In the research, carried out at the University of Louisville and published in the Lancet, the heart’s blood-pumping efficiency in 14 patients who responded to the stem cell treatment, increased from 30.3% to 38.5% whilst at the same time the amount of dead heart muscle tissue decreased by 24% percent over four months. Seven control patients who did not receive the stem cell treatment showed no improvement.

Second, the doctors behind the world’s first transplant of an artificial windpipe made from a patient’s own stem cells are to begin clinical trials next year on a stem-cell ‘bandage’ for mending torn knee cartilage.

Professor Anthony Hollander of the University of Bristol, who helped save the life of a Colombian woman, Claudia Castillo, with the transplant of a tissue-engineered windpipe, will lead a team treating patients with torn knee cartilages, a common problem among sportspeople. The doctors aim to transplant stem cells derived from a patient’s bone marrow on to a damaged knee joint, where it is hoped the cells will act like a repairing bandage to mend the tissue.

Third, Embryonic-like stem cells have been isolated from breast milk in large numbers. The discovery raises the possibility of sourcing embryonic stem cells for regenerative medicine, without the need to destroy embryos.

Peter Hartmann at the University of Western Australia in Crawley and his colleagues first announced the discovery of stem cells in breast milk in 2008. Now they have grown them in the lab and shown that they can turn into cells representative of all three embryonic germ layers, called the endoderm, mesoderm and ectoderm – a defining property of embryonic stem cells (ESC).

Embryonic-like stem cells have previously been discovered in amniotic fluid and in the umbilical cord, but this is the first time they have been discovered in an adult. Chris Mason of University College London has said, ‘If they are truly embryonic, this would be another way of getting stem cells that would not raise ethical concerns.’

Fourth, Scientists at the Mount Sinai School of Medicine have demonstrated that baby mice in utero can heal their mothers’ heart disease (See 'Foetal stem cells "can repair mother’s heart"'). They found that foetal stem cells from the placenta, which they had marked with green fluorescent protein, travelled to the pregnant mother’s heart and were transformed into a variety of cells to repair cardiac damage. This may help to explain a phenomenon seen in previous studies where one in two women with peripartum cardiomyopathy spontaneously recovered after pregnancy.

The director of cardiovascular regenerative medicine at the institution, Dr Hina Chaudhry, has described it as ‘an exciting development that has far-reaching therapeutic potential’. The findings, which are published in the American Heart Association’s journal Circulation Research, could help researchers find a stem cell treatment for heart disease.

Geron, a pioneer in stem cell research that has been testing a potential spinal cord injury treatment, said late Monday that it’s halting development of its stem cell programs to conserve funds. It is seeking partners to take on the programs’ assets and is laying off 66 staff, 38% of its entire workforce.

Those scientists who have been singing the praises of embryonic stem cells most loudly are, perhaps predictably, expressing their disappointment. The firm is claiming that its decision is ‘purely financial’ but John Martin, Professor of Cardiovascular Medicine at University College London has said: ‘The Geron trial had no real chance of success because of the design and the disease targeted. It was an intrinsically flawed study… The first trials of stem cell that will give an answer are our own in the heart. The heart is an organ that can give quantitative data of quality.’

Josephine Quintavalle from the group CORE (Comment on Reproductive Ethics) was rather more frank: ‘At long last after 10 years of unremitting hype, reality has caught up with embryonic stem cell claims. If Geron is abandoning this project it is because it is simply not working, despite the millions of dollars and hot air that has been invested in the promotion of this research.’

So in summary, this has been a week where ethical stem cell research has marched on whilst embryonic stem cell work has ground to a halt. What were perhaps always blind alleys are now closing but new highways of promise are opening ever and ever wider.

The best and most effective treatments are also ethical treatments. Maybe that is the most important lesson to learn from all this.
Posted by Peter Saunders at 21:55