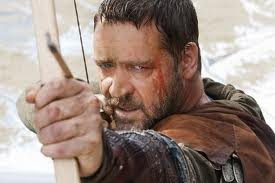 Last week I was one of 70 organisational leaders who signed a letter to Prime Minister David Cameron asking him to support a new international tax at the G20 summit. The letter, pasted below, was delivered last Monday.

On 3-4 November the G20 convenes in Cannes as leaders from the world’s major economies gather to plan the next steps on how to boost the global economy.

With the eurozone debt crisis battering the continent, unemployment has risen, inflation remains stubbornly high, stock markets have dropped and economic growth has either plateaued or gone into reverse.

One idea being seriously considered - and gaining increasing support - is a ‘Robin Hood’ or ‘financial transaction’ tax.

A Robin Hood tax is a tiny levy on trades. In its simplest form each time a stock is bought or sold a tiny percentage of the value of the trade – just 0.05 per cent as an example – is collected in tax. What’s more this tax hits high frequency trading which is dominated by the hedge funds and investment banks that helped cause the crisis, rather than retail operations which will still be free to lend to help grow the economy.

The Robin Hood tax is a simple idea; the financial sector was instrumental in causing the greatest recession in a generation, so it’s about time it paid its fair share in sorting out the mess that has been created.

And proponents of the tax say the funds generated - possibly as much as £250 billion a year - would not just be used to grow the global economy, but to protect the poorest and most vulnerable at home, to help developing countries hit by the crisis and to fight the challenge of climate change.

The Pope and the Archbishop of Canterbury have come out in support in the last few days.

The Vatican proposed that funds raised by the tax be used to help low income countries suffering the effects of the financial crisis, stating that ‘Such taxation would be very useful in promoting global development and sustainability according to the principles of social justice and solidarity. It could also contribute to the creation of a world reserve fund to support the economies of the countries hit by crisis as well as the recovery of their monetary and financial system.’

David Hillman of the Robin Hood Tax Campaign has said: ‘The moral, economic and political case for a financial transactions tax is clear: on one side we have Bill Gates, a thousand economists, France, Germany and now the Vatican. On the other we have City fat cats and David Cameron’s government.’

Quite why our Prime Minister is not backing the tax is not clear. But I hope that the growing support will make him reconsider. It is a simple idea that has the potential of making a huge difference.

Here is the final version of the letter to David Cameron, which I signed along with 70 other organisational leaders. We hope it will help him decide.

In February 2010 we launched the Robin Hood Tax campaign, calling for a tiny tax on financial transactions to tackle poverty at home and overseas, provide vaccines and life saving treatment for the world’s most vulnerable, and tackle the impacts of climate change. Eighteen months later we are just days away from a G20 summit where a financial transactions tax (FTT) will be debated. We have the support of over 115 organisations in the UK, hundreds of thousands of ordinary people, 1000 international economists, over a thousand parliamentarians, campaigners in over 50 countries, world leaders such as Angela Merkel and Nicolas Sarkozy, and global figures such as Bill Gates.

But we don’t yet have the support of the UK Government.

We are calling on you to change this now, and work with other G20 countries to introduce a financial transactions tax when you attend the G20 summit in Cannes. Your government has said that you are not opposed to an international financial transactions tax and that you will engage on this issue. But we fear that instead the UK Government is acting to block debate. This is despite the fact that the UK has one of the largest transaction taxes in the world, the stamp duty on shares, and is a world leader in showing how to design and implement such taxes without global agreement.

The UK is also leading the world with its commitment to reach 0.7% of GNI as ODA and is in a position of strength to champion development and climate finance. We therefore also call on you to argue that the revenues from an FTT are used in part to support international development efforts—urgent progress is needed internationally on the 2015 Millennium Development Goals to tackle poverty and hunger, and achieve targets on health, education, gender, water and sanitation—and to provide the minimum $100bn per annum pledged for climate finance.

A Robin Hood Tax would be the most popular tax in history. While you are at Cannes, please act for those hit hardest by the financial crisis. Act to protect essential public services in the UK, to tackle poverty at home and overseas, and to address climate change.

The Tobin tax hasn't got a prayer

Archbishop of Canterbury Rowan Williams calls for new tax on bankers
Posted by Peter Saunders at 16:17

Email ThisBlogThis!Share to TwitterShare to FacebookShare to Pinterest
Labels: Economics