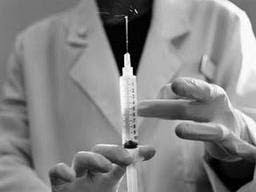 The Falconer Commission on ‘Assisted Dying’ is about to be put out of its misery when it reports later this month.

Having been suggested by Dignity in Dying (formerly the Voluntary Euthanasia Society), paid for by one of its patrons and stacked full of euthanasia sympathisers by Lord Falconer’s own admission (and also for these reasons discredited by the BMA) the Commission is expected to recommend that assisted suicide for mentally competent terminally people be legalised with so-called ‘strict safeguards’.

The arguments that will be used to support this proposal however (compassion and choice) apply to many people outside this seemingly narrow category and if euthanasia is ever legalised, given DID’s support for legally binding advance directives, you can be sure they will later be pushing for mentally incompetent people (including dementia patients) to have euthanasia on the grounds that they have previously signed a directive and it is ‘what they would have wanted’.

This is probably why Falconer has said he is planning a ‘gradualist’ approach – legalizing assisted suicide for a small group and then incrementally broadening the criteria once people have got used to it.

But another practical reason why assisted suicide leads inevitably to euthanasia, even without activists’ encouragement, is that it often doesn’t work, leaving doctors to wade in with a lethal injection to ‘finish off’ a comatose patient who has vomited or for some other reason is not yet dead after self-administering a cocktail of lethal drugs.

The following is excerpted from an article appearing at ‘True Dignity Vermont :Vermont Citizens Against Assisted Suicide’

In 2000, the New England Journal of Medicine featured an article on the clinical problems of assisted suicide and euthanasia. The article, titled Clinical Problems with the Performance of Euthanasia and Physician-Assisted Suicide in the Netherlands, is still available on line.

According to the results of the study, ‘The physician decided to administer a lethal medication in 21 of the cases of assisted suicide (18 percent), which thus became cases of euthanasia. The reasons for this decision included problems with completion (in twelve cases) and the inability of the patient to take all the medications (in five).’

Of course we know that patients who have experienced a failure of an assisted suicide sometimes change their minds, because, of the three people in Oregon who took the poison and did not die in 2010, none decided to attempt suicide again.