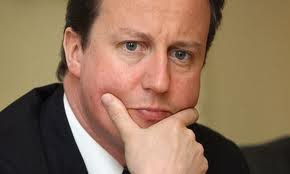 The government has approved the proposal to allow civil partnership ceremonies to be conducted at places of worship.

Civil partnerships in English law are legally exclusive to same-sex couples and in practice are used only by homosexual couples. They have already been granted many of the ‘rights belonging to marriage’ in English law.

John Smeaton has this week catalogued how rapidly the homosexual agenda is advancing as follows:

•3 October: the Home Office announces that passports will now have the option of naming same-sex couples as the passport holder's parents

•23 October: a Christian housing manager is demoted by his employer for opposing gay marriage in a comment on his personal Facebook profile

•24 October: Tesco announces that it is now a major sponsor of the London Gay Pride festival

•28 October: a politician is voted off a Citizens Advice Bureau board for his opposition to gay marriage.

But these recent events in one month are just part of a much longer line.

On 21 September 2010, the Liberal Democrats, the junior member in the governing coalition, became the first major political party to formally endorse same-sex marriage, when the party's conference in Liverpool approved a policy motion ‘Equal Marriage in the United Kingdom’.

In February 2011 the government expressed its intention to begin a consultation to allow both religious same-sex ceremonies and civil marriage for same-sex couples.

In September 2011, the Government announced its intention to introduce same-sex civil marriage by the next general election.

A consultation on same-sex marriage is expected next Spring.

Cameron’s endorsement of same-sex marriage is consistent with his sacking of Tory election candidate Philip Lardner last year for stating on his website that he believed homosexual acts were ‘not normal behaviour’, a view held by a significant section of the British population.

And Theresa May managed to hold on as Equality Minister after the election, despite over 75,000 people joining a Facebook group asking for her to be sacked on the basis of her past ‘homophobic’ voting record, but only because she said her views on homosexuality had changed.

It seems that it is no longer acceptable in David Cameron’s Britain to express the view that homosexual acts are in any way unnatural or immoral. But in fact the orthodox Christian position, upheld by the Bible itself, is that they are both.

‘There would be uproar if the government banned Jewish people from marriage and offered them civil partnerships instead. We would call it an anti-Semitic law; something we would expect in Nazi Germany not democratic Britain. Well, Jews are not banned from marriage but gay people are.’

Tatchell’s argument is based on the false presupposition that homosexuality is a biological characteristic analogous to race when it is nothing of the sort.

And yet David Cameron seems to have swallowed this presupposition hook, line and sinker.

This false belief – that homosexuality is biologically determined – is one of several myths propagated by the gay rights lobby to advance their cause.

The Urban dictionary defines a 'homosceptic' as ‘a member of society who does not hate homosexuals, but generally does not agree with the principle of homosexuality in moral and ethical terms’.

I have previously argued that this definition should be broadened to include ‘being sceptical about the key presuppositions of the gay rights movement’ such as the beliefs that:

David Cameron I suspect, by contrast, holds the above five beliefs to be true. He is of course fully entitled to this conviction.

But he should not be imposing these questionable personal convictions on the rest of us by using the rule of law. That is an abuse of political power.
Posted by Peter Saunders at 15:40