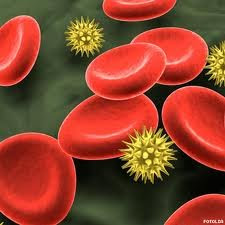 Gay men will now be able to give blood as Government restrictions are officially lifted, the Department of Health (DoH) has said.

A lifetime ban on blood donation by men who had had sex with another man was put in place in the UK in the 1980s as a response to the spread of Aids and HIV.

But following a review by the Advisory Committee on the Safety of Blood, Tissues and Organs (Sabto), men who have not had homosexual sex within a year will be able to donate if they meet certain other criteria.

The move will be implemented in England, Scotland and Wales.

Sabto’s advisory panel, comprising leading experts and patient groups, carried out its review based on the latest available evidence and found it could no longer support the permanent exclusion of men who have had sex with men. They considered the risk of infection being transmitted in blood, attitudes of potential donors in complying with the selection criteria and improvements in testing of donated blood.

Dr Lorna Williamson, NHS Blood and Transplant's medical and research director, said: ‘The Sabto review concluded that the safety of the blood supply would not be affected by the change and we would like to reassure patients receiving transfusions that the blood supply is as safe as it reasonably can be and amongst the safest in the world. There has been no documented transmission of a blood-borne virus in the UK since 2005, with no HIV transmission since 2002.’

I have just listened to a BBC interview (still on line) where a bisexual man called John said that there was still not ‘equality’ and that there should not be even a twelve month waiting time. It was explained to him that this waiting time would still be in place because the incubation period for hepatitis B, which is carried in blood, is six months – and that the twelve month ban was there for reasons of patient safety. I might add that the time for sero-conversion for HIV (during which you can infect others but do not have detectable antibodies) is 20-90 days and can also be as long as six months.

Why am I unhappy about this new policy? I simply believe that allowing gay men who have been sexually active to donate blood is just not worth the risk.

First, the conclusion of the latest research is that over 10% of men who have sex with men (MSM) already knowingly defy the current lifelong ban. This suggests that many will also knowingly defy the twelve month ban and this will increase the risk of transmission, especially if John’s reaction above is in any way representative.

Fourth, a subset of gay men are extremely promiscuous and the risk of HIV transmission goes up with the number of partners one has. Despite the popular media image of homosexual monogamy, several large early studies from the 1970s revealed that less than ten percent of homosexual men or women had ever experienced a relationship of greater than ten years duration. In one large early study, 74% of male homosexuals reported having more than one hundred partners in a lifetime, and 28% more than 1,000; 75% reported that over half of their partners were strangers. A more recent review of six studies showed that 87% of gay men displayed levels of promiscuity parallel to those of unmarried straight men with an average of five or six sexual partners in the last five years. But a significant minority were promiscuous to an extent seen rarely in straight men. 14.4% had 20-100 sexual partners in the previous five years and 4% had over 100!

If one person gets HIV from blood donated by a gay man it will be a tragedy. Banning all gay people giving blood donations may debar some who would very much like to help in this way. But safety should be the overriding priority. In a free society we accept, for reasons of public safety, that some people are not able to do what they very much would like to do – in all sorts of contexts other than blood donation.

The abstract of his review summarised the arguments as follows:

‘Some gay men have argued that the laboratory testing of blood is so accurate that continued deferrals based upon sexual activity are unnecessary and unjust. They also assert that they have a right to donate blood. There has been much debate over altering the rule barring donation from men who have had sex with other men since 1977, with blood organizations disagreeing over the best course of action. Two studies have indicated that changing the rule would increase the risk of human immunodeficiency virus (HIV) transmission. This dilemma is part of a broader issue, namely: what are the responsibilities of blood services to blood donors and recipients? Blood services should base decisions regarding donor suitability on science rather than on their donors’ desires. Blood services must recognize that the rights of blood recipients should supersede any asserted rights of blood donors.’

But the final word goes to Andrew Marsh of Christian Concern who was interviewed on Radio Five Live breakfast show this morning.

He made the point that the safest donors, with respect to HIV, are those who have only had sex within the context of marriage, and that if there was no sex outside marriage there would be no HIV. Well now, there’s a radical idea!
Posted by Peter Saunders at 15:23