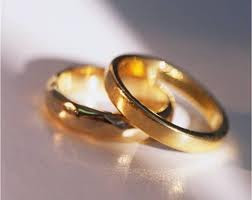 The Family Education Trust has just highlighted a report from the Institute of American values which is of huge relevance here given that the government intends to undermine the distinctiveness of marriage by legalizing same-sex marriage.

Based on a survey of over 250 peer-reviewed journal articles on marriage and family life from around the world, a team of 18 leading American family scholars chaired by Professor W Bradford Wilcox of the University of Virginia has drawn 30 conclusions about the positive benefits associated with marriage under five headings.

Each of the conclusions is substantiated in the report and 20 pages of supporting references can be downloaded from the website of the Institute of American Values.

Here is a snapshot of the conclusions:

1. Marriage increases the likelihood that fathers and mothers have good relationships with their children.

2. Children are most likely to enjoy family stability when they are born into a married family.

3. Children are less likely to thrive in complex households.

4. Cohabitiation is not the functional equivalent of marriage.

5. Growing up outside an intact marriage increases the likelihood that children will themselves divorce or become unwed parents.

7. Marriage, and a normative commitment to marriage, foster high-quality relationships between adults, as well as between parents and children.

8. Marriage has important biosocial consequences for adults and children.

9. Divorce and unmarried childbearing increase poverty for both children and mothers, cohabitation is less likely to alleviate poverty than is marriage.

11. Marriage reduces poverty and material hardship for disadvantaged women and their children.

15. Parental divorce reduces the likelihood that children will graduate from college and achieve high-status jobs.

16. Children who live with their own two married parents enjoy better physical health, on average, than do children in other family forms.

17. Parental marriage is associated with a sharply lower risk of infant mortality.

18. Marriage is associated with reduced rates of alcohol and substance abuse for both adults and teens.

20. Marriage is associated with better health and lower rates of injury, illness, and disability for both men and women.

21. Marriage seems to be associated with better health among minorities and the poor.

22. Children whose parents divorce have higher rates of psychological distress and mental illness.

23. Cohabitation is associated with higher levels of psychological problems among children.

24. Family breakdown appears to increase significantly the risk of suicide.

25. Married mothers have lower rates of depression than do single or cohabiting.

26. Boys raised in non-intact families are more likely to engage in delinquent and criminal behaviour.

27. Marriage appears to reduce the risk that adults will be either perpetrators or victims of crime.

28. Married women appear to have a lower risk of experiencing domestic violence than do cohabiting or dating women.

29. A child who is not living with his or her own two married parents is at greater risk of child abuse.