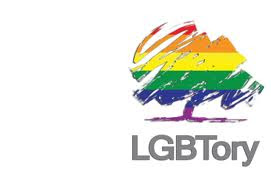 Earlier this week I argued that Prime Minister David Cameron’s promotion of the gay rights agenda was based on a false presupposition – that homosexuality is biologically determined.

This was in the wake of government plans to allow same-sex civil partnership ceremonies to take place in churches.

Today I learnt from Stuart James about a new poll which shows that the Conservative Party risks losing Christian votes if it goes ahead with legalizing same-sex marriage.

In February the government expressed its intention to begin a consultation to allow both religious same-sex ceremonies and civil marriage for same-sex couples.

In September, at the Party’s recent conference in Manchester, David Cameron announced his intention to introduce same-sex civil marriage by the next general election.

The survey, published on 4 November, was undertaken on behalf of Premier Christian Media Trust among the ComRes CPanel of UK churchgoing Christians aged 18 and over.
544 were interviewed online between 25 and 31 October 2011. Results are available on line.

‘British Religion in Numbers’ reports it as follows:

Asked how they viewed the Conservative proposal to legalise same-sex marriages, only 11% of Christians supported it, while 83% were opposed (three-quarters of them strongly).

Hostility was particularly concentrated among the over-65s (90%), compared with 26% support in the 18-34 cohort. Denominationally, Independents, Pentecostals and Roman Catholics were most critical.

Overwhelmingly, these churchgoers foresaw negative consequences in the event of the law being changed in respect of same-sex marriage:

Absolutely nobody claimed that Cameron’s commitment to legalizing same-sex marriages would make them more likely to vote Conservative. 37% said that it would make no difference to their political behaviour.

But 57% were clear that they would be less disposed to back the Tories in future, this being especially true of Pentecostals (69%) and Roman Catholics (75%).

I have outlined previously how it appears no longer acceptable in David Cameron’s Britain to express the view that homosexual acts are in any way unnatural or immoral. But in fact the orthodox Christian position, upheld by the Bible itself, is that they are both.

The Prime Minister does not hold these views and in fact sacked a Conservative Party candidate just before last year’s national election for expressing them, although they are held by a significant proportion of the population.

It has been suggested that David Cameron is supporting same-sex marriage and promoting the gay rights agenda because he believes that the Gay rights lobby in this country is stronger than the Christian lobby.

I guess the jury is still out on that one.

But regardless, whether he holds his personal beliefs out of political expedience or personal conviction, it appears that they may soon be seriously tested.
Posted by Peter Saunders at 07:35