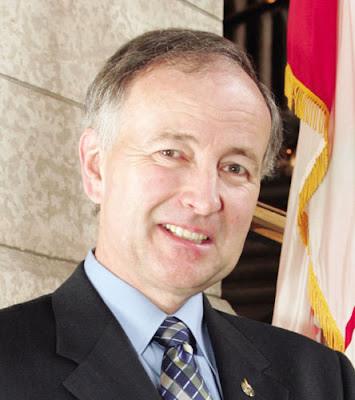 The landmark ruling last month said the ban is unconstitutional and gave the federal government a year to rewrite it.

But Judge Lynn Smith also granted an immediate exemption to the law, allowing Gloria Taylor, one of the women who brought the lawsuit, to die with a doctor's help.

In her complex, 395-page judgment, Smith said the ban on physician-assisted suicide violates two sections of the charter of rights covering the right to equality and the right to life, liberty and security of the person.

She said the law must allow for doctor-assisted suicide in cases where patients have a serious illness or disability and are experiencing intolerable suffering. Such patients must ask for the help, must be free of coercion and cannot be clinically depressed, the ruling noted.

Taylor, who has motor neurone disease, hailed the lower court's ruling because it gives her control over when and how she dies.

She had hoped the government wouldn't appeal.

But in a statement, Nicholson said the government intends to seek a stay on all aspects of the ruling, including the exemption for Taylor, while it goes to the British Columbia Court of Appeal.

Nicholson said the law has to protect people. His full statement is below. There is more detail about the case including links, and an analysis by a leading disability rights activist, on my earlier blog and Alex Schadenberg has much more useful background material in a recent post.

As in the UK, having failed in parliament, the pro-euthanasia lobby is trying to change the law via the courts. It looks now as though it will be a little bit more difficult than they first anticipated.

The Government is of the view that the Criminal Code provisions that prohibit medical professionals, or anyone else, from counselling or providing assistance in a suicide, are constitutionally valid.

The Government also objects to the lower court's decision to grant a "constitutional exemption" resembling a regulatory framework for assisted suicide.

The laws surrounding euthanasia and assisted suicide exist to protect all Canadians, including those who are most vulnerable, such as people who are sick or elderly or people with disabilities. The Supreme Court of Canada acknowledged the state interest in protecting human life and upheld the constitutionality of the existing legislation in Rodriguez (1993).

In April 2010, a large majority of Parliamentarians voted not to change these laws, which is an expression of democratic will on this topic. It is an emotional and divisive issue for many Canadians.