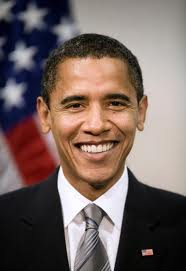 Someone asked me the other day if I thought Christians should vote for Obama.

I think a good mark of a leader is whether or not they speak out for those who have no voice and enact laws to protect the most vulnerable.

So I thought I would have a look at Obama's record, as a self-proclaimed 'Christian' president, on abortion.

I didn't have to look far.

Steven Ertelt has helpfully compiled a record of President Obama’s bill signings, speeches, appointments and other actions that have promoted abortion before and during his presidency.

This is available on the LifeNews website and is regularly updated. It is very long but well worth bookmarking and having a quick scan.

It is deeply incriminating and if I lived in America I would refuse to vote for Obama on this issue alone however good any of his other policies might be.

There are currently 42 million abortions per year worldwide as against 57 million deaths from all other causes.

There is in fact no one more innocent, more vulnerable and killed in greater numbers than the baby in the womb.

This alone makes abortion one of the most important human rights issues there is.

The Bible tells us that God hates 'hands that shed innocent blood'(1) and 'hides his eyes' from those whose 'hands are full of blood'(2).

He was 'not willing to forgive' Manasseh who 'shed so much innocent blood that he filled Jerusalem from end to end'(3) and indeed this particular sin was one of the major factors leading ultimately to the destruction of Jerusalem in 587 BC.

Scripture also links sexual immorality (which is a major cause of unplanned pregnancy) and the killing of children to idolatry(4). They are together symptomatic of a nation which has turned its back on God.

By contrast God calls his people to 'rescue those being led away to death' (5) and to 'speak up for those who cannot speak for themselves' (6).

How well are we doing as Christians on this I wonder? Do we regard the shedding of innocent blood as seriously as God does? And what are we doing about it?